A Pioneer in Global Education

Since the 1800s, students from around the world have traveled to the towns of Wilbraham and Monson to avail themselves of excellent teaching.

A tradition of acceptance and diversity dates back to the founding of the two academies. Wesleyan Academy was the first coeducational boarding school in the country, and in 1847 Monson Academy became the first American school to enroll Chinese students. Soon afterward, students from Thailand began to attend Wilbraham Academy. Alumni Memorial Chapel was part of the Underground Railroad and the Academy has enrolled students of color since before the Civil War.

Monson Academy, founded in 1804, is the anchor of our history. Wilbraham Academy - originally Wesleyan Academy - was founded in New Market, N.H., in 1817 and relocated in Wilbraham in 1825. Although both Wilbraham and Monson academies were boys’ schools for a time, coeducation returned with the merger of the two schools in 1971. The number of young women at WMA has been steadily increasing ever since. 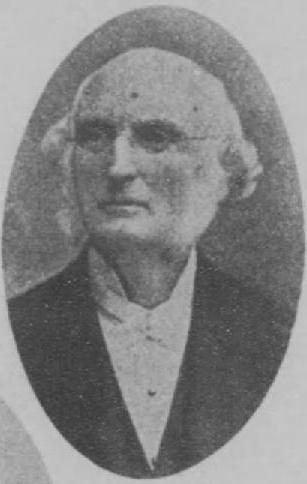 In 1838 the Rev. Samuel Robbins Brown went to China and opened the Morrison School where he taught, among others, Yung Wing. Rev. Brown was responsible for sponsoring Yung Wing (1828-1912). Rev. Brown returned to the United States in1847 due to his wife's failing health and he brought back with him Yung Wing, who promptly enrolled into Monson Academy.

Rev. Brown's grave is in Wilbraham, just a few miles away from campus. His later work with Japanese students prompted two Japanese students, who passed away while at the Academy, to be laid to rest right next to him. An honor for Rev. Brown and a tribute to his of high moral standards.

Rev. Brown, as well as another mentor of Yung's, the Rev. Charles Hammond (Headmaster of Monson Academy at the time) was a graduate of Yale University. Yung was the first Chinese student in the U.S. to graduate high school and he later attended Yale, becoming their first Chinese graduate as well.

Read more about Yung's life in his Book "My Life in China and America" available free online.

"He was cool in temperament, versatile in the adaption of means to ends, gentlemanly and agreeable, and somewhat optimistic. He found no difficulty in endearing himself to his pupils, because he sympathized with them in their efforts to master their studies, and entered heart and soul into his work."

Yung Wing, speaking of Rev. Brown
"My Life in China and America"
Published 1909