Ania Axas '19 has earned her share of accolades during her time at Wilbraham & Monson Academy.

She earned one more last week.

After a swimming career that saw her break eight school records and win seven New England titles, Ania won a gold medal for her performance on the 2019 National Latin Exam.

Ania, who took Latin for four years in WMA's Upper School, will attend and swim at Kenyon College in Ohio. She plans to enter the medical field. She won a certificate as a freshman, and silver medals as a sophomore and junior.

Ania on why she took Latin: "At first I took it because I figured it would help with learning more languages because it's the basis for so many languages. I liked that aspect of it. Also, when I came here I wasn't looking for a language I could speak because I already spoke Polish and my dad is Greek. You can speak Latin, but I like that it's more translation based."

Ania on winning a gold medal: "I'm glad I got it this year. Continuing to learn Latin has been great. I'm glad my work paid off and I won the gold medal. I'm really competitive – I get that from swimming. I really wanted a gold medal to match my swimming medals."

Mr. Kelly on Ania's ability as a Latin student: "Ania has been a diligent student all four years of Latin, always meticulously prepared for class and always with a smile on her face. It has been a joy to have her in class. She also won awards all four years that she has taken the National Latin Exam."

Below is a list of WMA students who received recognition for their score on the 2019 National Latin Exam: 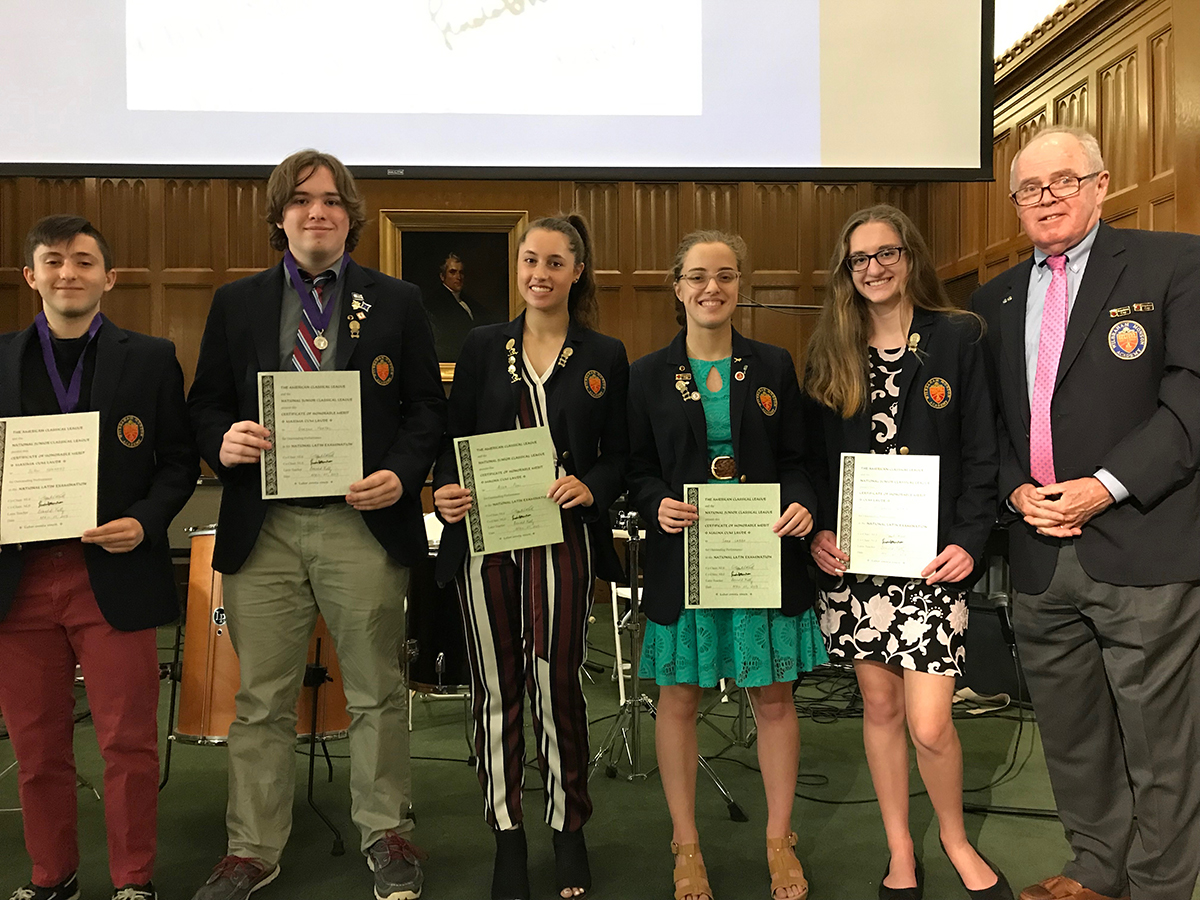