Wilbraham & Monson has opened the Athenaeum, a welcomed addition to the community and campus. The need for intentional community space, academic collaborative space and the beginning of a campus reorganization satisfies several needs of our Campus Master Plan, primarily the

The 5,500-square-foot space was completed this spring and is located between Smith Hall and Alumni Memorial Chapel. It is connected to Gill Memorial Library, which is currently being used as a classroom to accommodate the need for additional, socially distanced space.

The athenaeum represents the initial phase, and the key to unlocking the potential, of the full Campus Master Plan. 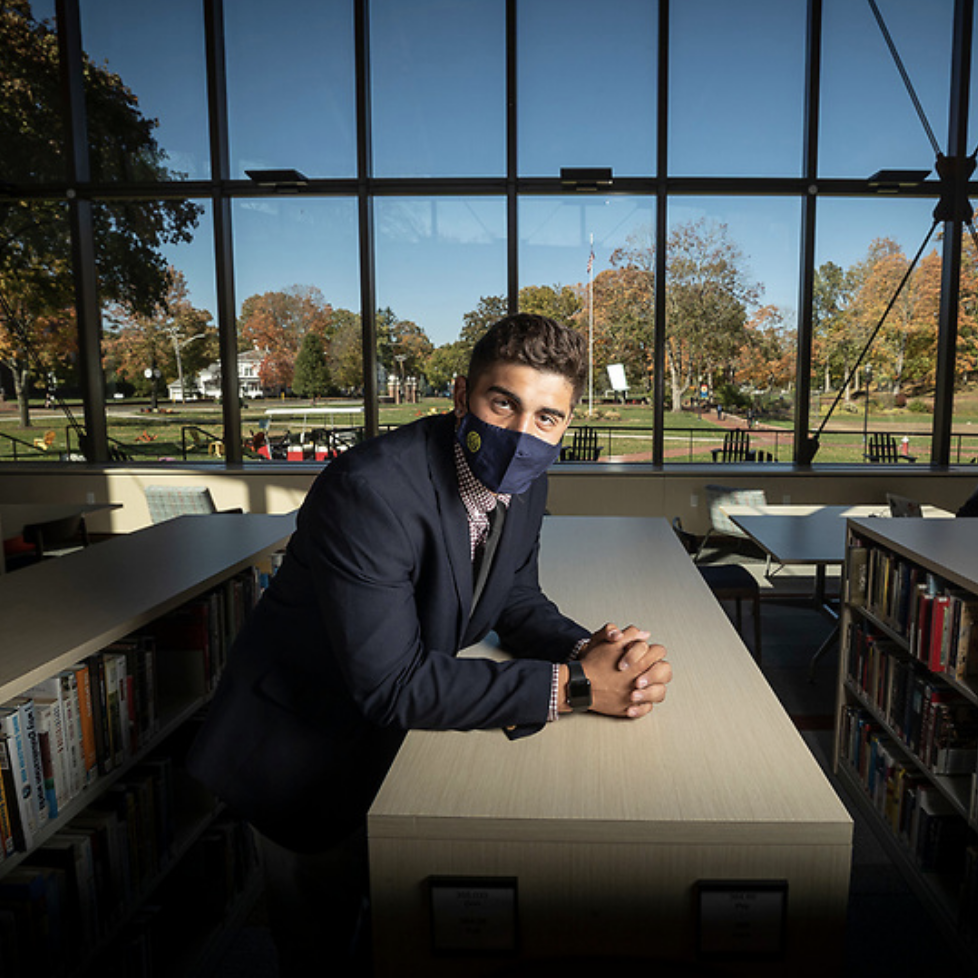 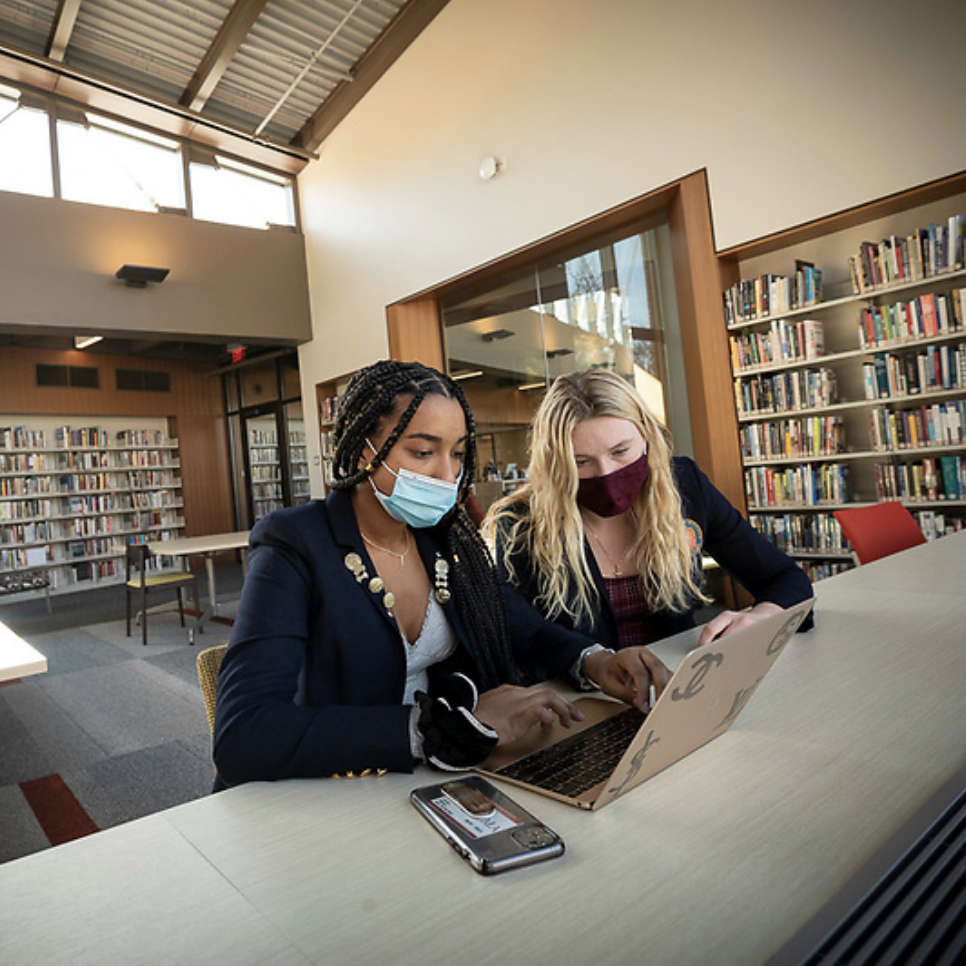 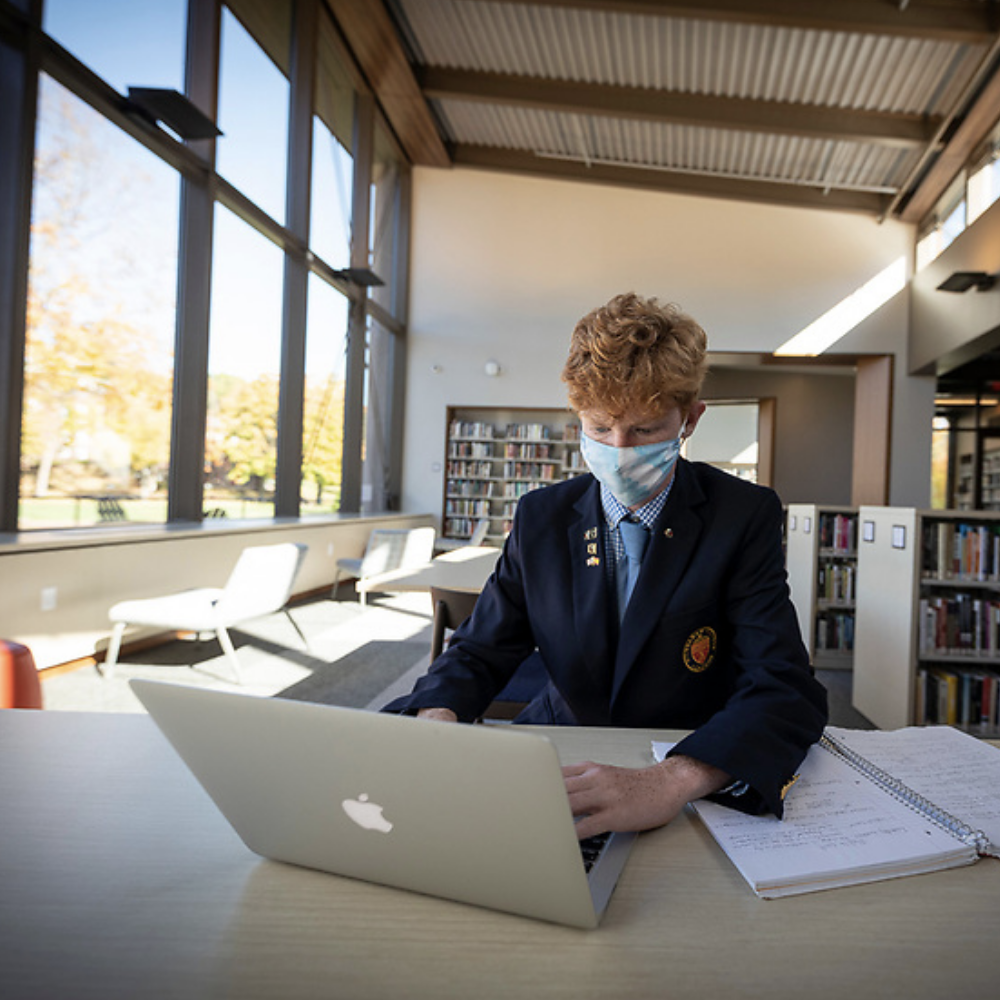 The Athenaeum is an information and study center where the Wilbraham & Monson Academy community is encouraged and supported in cultivating critical thinking skills and a life of intellectual inquiry in an information rich world.

The librarian and staff are committed to:

Hours of the Athenaeum are:

The Athenaeum's catalog is automated and available to students, faculty, and staff from anywhere ... your dorm room, at home, your classroom, you name it!

Bookmark the link so you can visit the catalog any time.

If you have any problems accessing the catalog or any questions about its features, please email Ms. Wallace.

With its rich history, Gill Memorial Library is currently being used as a classroom to accommodate the need for additional, socially distanced space. It will later serve as an extension of the Athenaeum, as well as additional space for Alumni Memorial Dining Hall (formerly Alumni Memorial Chapel) and community functions.

Gill Memorial Library was named after Benjamin Gill, who taught at the Academy from 1872-1892. The Library was dedicated in 1916 in its previous location in Rich Hall before being moved in 1960 to its current location in Alumni Memorial Chapel.

Alumni Memorial Chapel, which formerly housed the Academy's all-school meeting space and now has been converted to additional (socially distanced) dining space, was designed in the Gothic Revival style in the 1860s (Dedicated in 1870). Its construction was interrupted by the Civil War.

The chapel was said to be part of the Underground Railroad at around the same time. When the Chapel was first built it was not technically part of the Academy’s campus and was simply called “The stone church.” The Chapel was used by the Academy and the town of Wilbraham. In the mid-1930s the Church was falling into disrepair. Ownership was turned over to the Academy by the Methodist Society and the Academy then funded a complete renovation.

Parents, students, faculty, alumni and friends can help build the book collection in the Athenaeum and leave a lasting impression on campus by donating to the WMA Give-a-Book Program. Choose a book from the wish list selected by Athenaeum staff, specify a subject area for us to purchase from for you or donate a specific dollar amount.

The Athenaeum staff will add a book plate to the front of the book memorializing/honoring your gift and with the dedication of your choosing.

“The Give-a-Book Program is a wonderful way to honor a student’s career at the Academy. It is also an excellent way to honor a faculty or staff member who has been important to a student’s growth here. Everybody loves to run across the book plates and read the inscriptions.”
Valeri Wallace, Director of Library Services