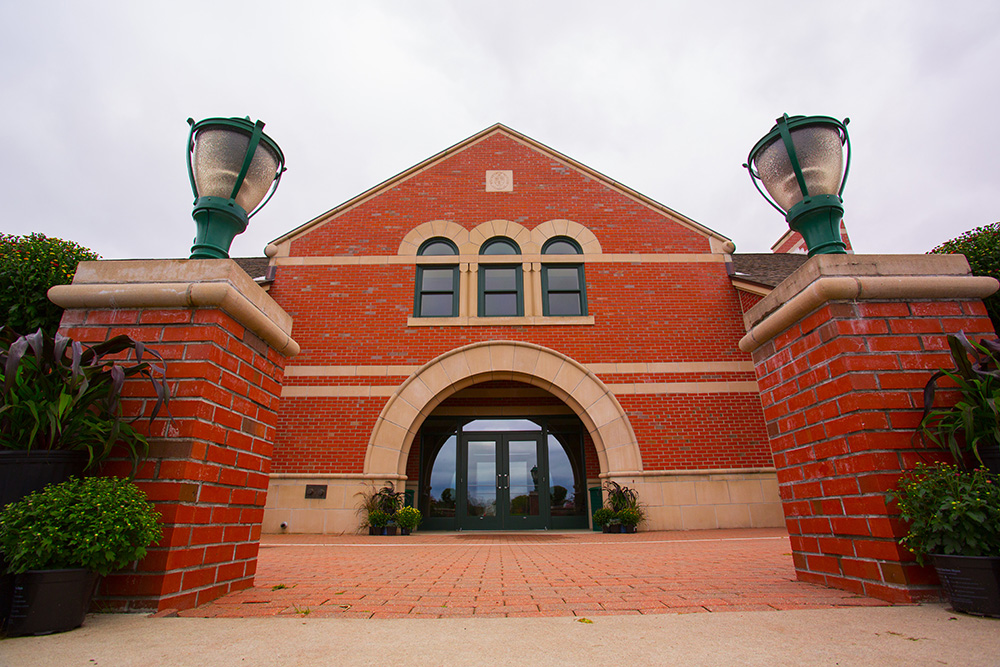 At Homecoming 2007, WMA dedicated a brand new $5M Athletic Center. The WMA Board of Trustees raised $3M to secure bond funding for the completion of this project. The building features:

Off-campus areas include ski meets at Berkshire East and golf practice and home matches at GreatHorse and the Country Club of Wilbraham.

The Dennis W. Ferry Baseball field was redone in 2009 with a generous donation from the Callahan family in honor of their friend Dennis Ferry ’76. In 1976, postgraduate Dennis Ferry was one of the top athletes at WMA. He excelled in football, hockey and baseball and was named MVP in all three sports. Sadly, in 2006 Dennis’ life was cut short by a heart attack.

Dedicated in 1922, Corbin Athletic Fields were made possible by a special bequest in the will of Mrs. Chester C. Corbin as a memorial to her husband, who was a student at Wesleyan Academy from 1856 -1859, and a Trustee of the Academy for 20 years. 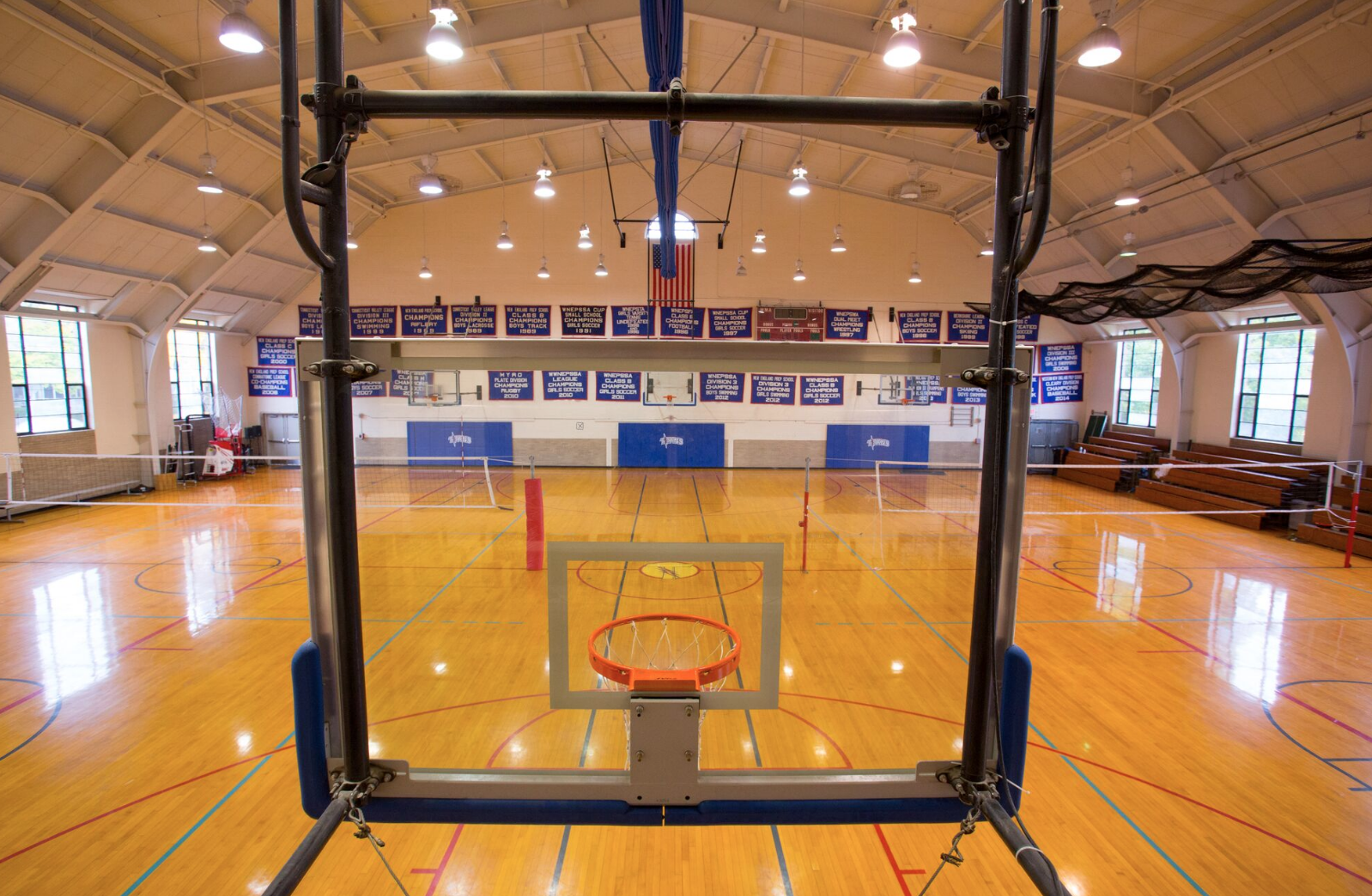 WMA's gym has two basketball/volleyball courts and bleachers along with an electronic scoreboard.

In 1952 Greenhalgh Gymnasium was first built and named after George T. Greenhalgh. This building was connected to the Corbin Field House named for Chester C. Corbin, a Wilbraham student and Trustee. This structure was the original carriage house from Rich Hall. 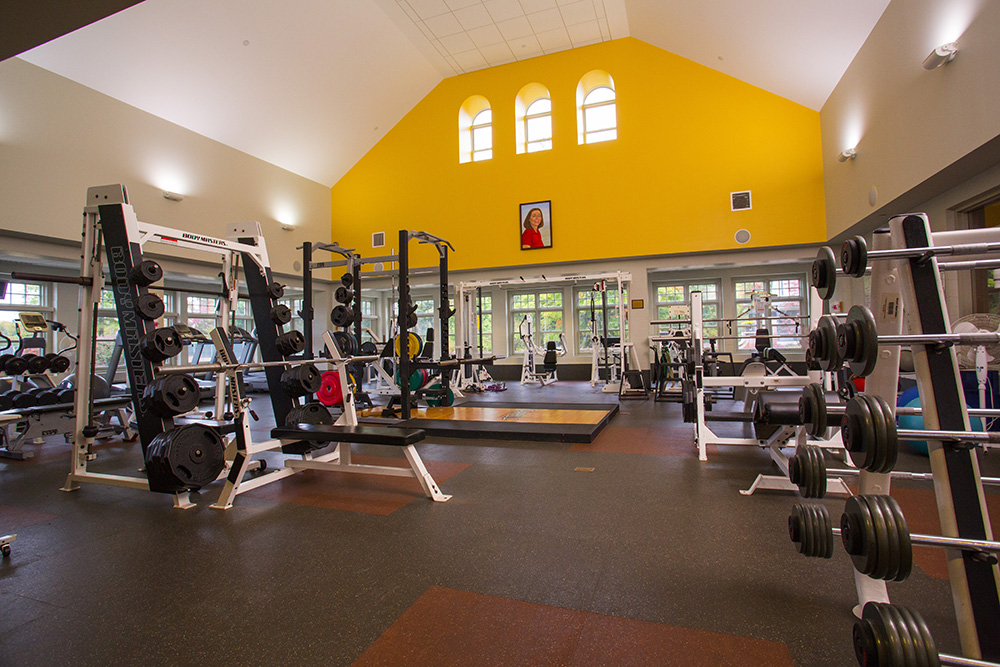 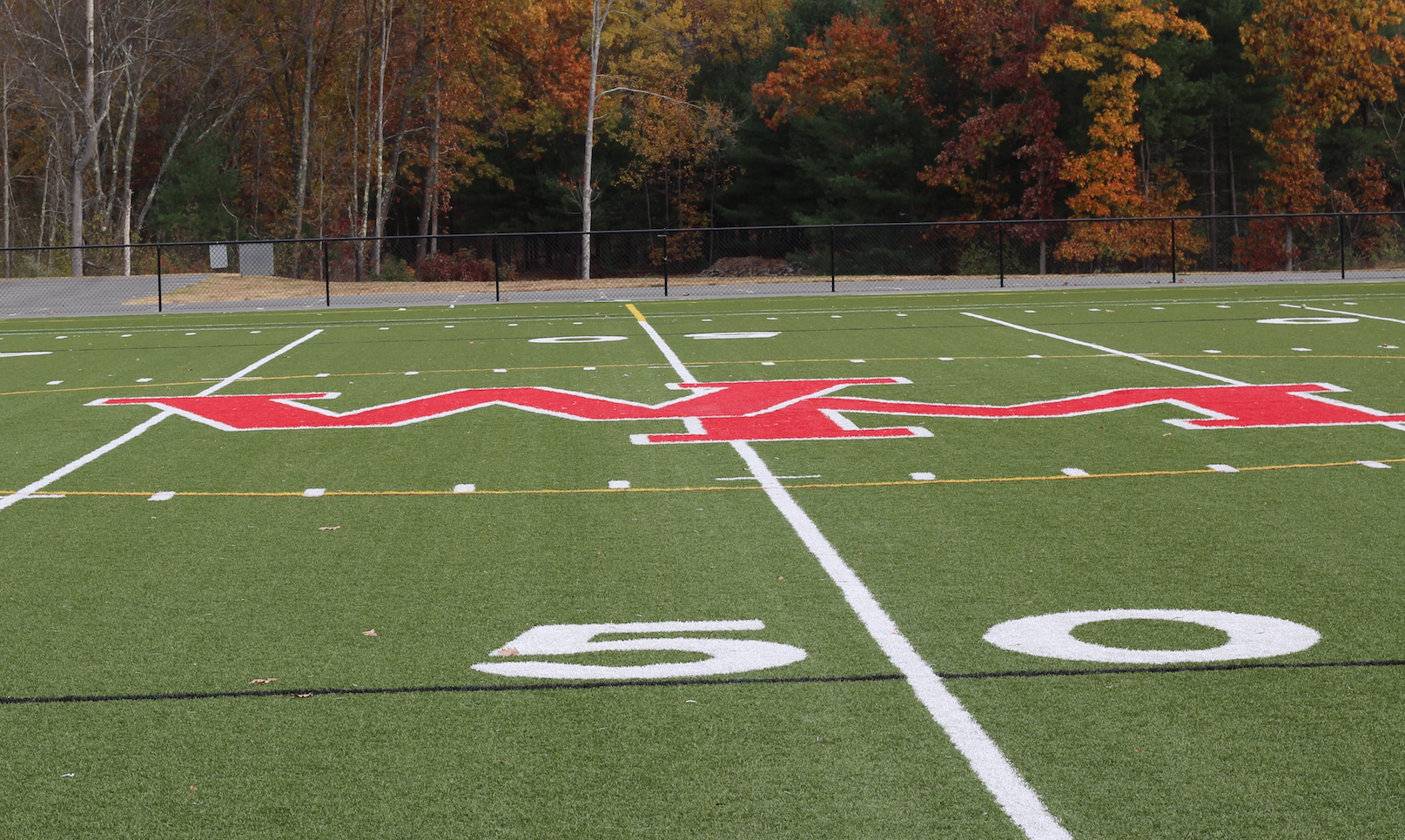 The Mohawk fields are used for practices and some Junior Varsity games. The Cross Country team’s start and finish line is also here. Dedicated in 2011, the Mohawk Fields are located on Faculty Street.

The Cowdrey Memorial Pool was dedicated in 1964, donated by C. Francis Cowdrey Jr., a former Trustee (1956-1973) in honor of his parents, Mr. and Mrs. Charles Francis Cowdrey. 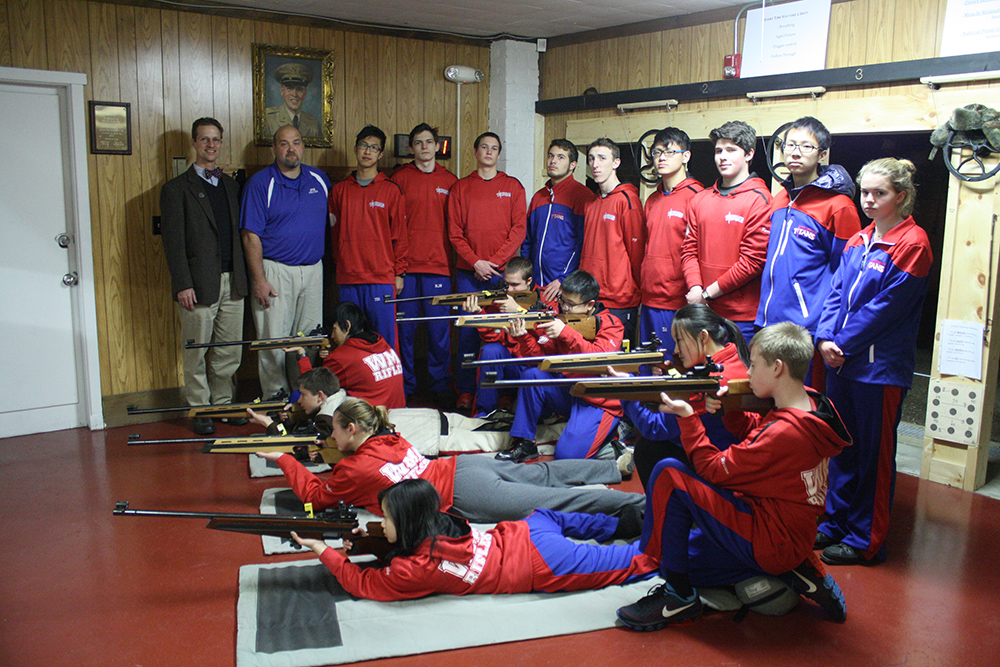 The Cowdrey Rifle Range is located in the basement of Fisk Hall and is named after Lt. Col. Sherman A. Cowdrey ’50W. Former Trustee Charles Francis Cowdrey Jr., father to Sherman, donated the range. The first WMA Rifle Team was established in 1935.

Hugh Harrell Field is used mainly for WMA’s Rugby program. In 2014, on the program’s five-year anniversary, the field was rededicated to Mr. Harrell after some improvements were made to the location: the pitch was graded, a stone wall was built along the road and an entrance gate to the field was added.

Located on Mountain Road, this field was named after long-serving Hugh Harrell. He served Monson Academy and Wilbraham & Monson Academy for a combined 37 years. Mr. Harrell came to Monson Academy in 1953, where he taught Mathematics and coached Varsity Baseball and assisted with Soccer and Football. For some time he was the Athletic Director. 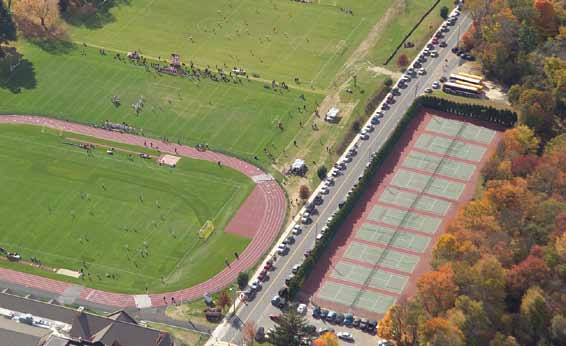 The 10-court tennis facility was built in 2010, providing enough court time for both the boys' and girls' tennis programs. The area is enclosed by a tarped fence and includes parking.

Wilbraham resident Rudy Fisher and a group of his friends were avid tennis enthusiasts and played on the WMA courts for many years. Rudy was so appreciative of being able to use the courts he paid back the Academy’s generosity by funding the repaving of the courts on several occasions. When Rudy passed in 2011, his wife Margie Fisher, alumni grandparent of Alexis Grimard ’14, wanted to do something special to honor his memory. It made perfect sense to Margie and her family, to make a gift that would support WMA’s tennis program and name the courts in Rudy’s memory. On June 7, 2014, through their generous gift, the Rudy & Margie Fisher Tennis Courts were officially named. 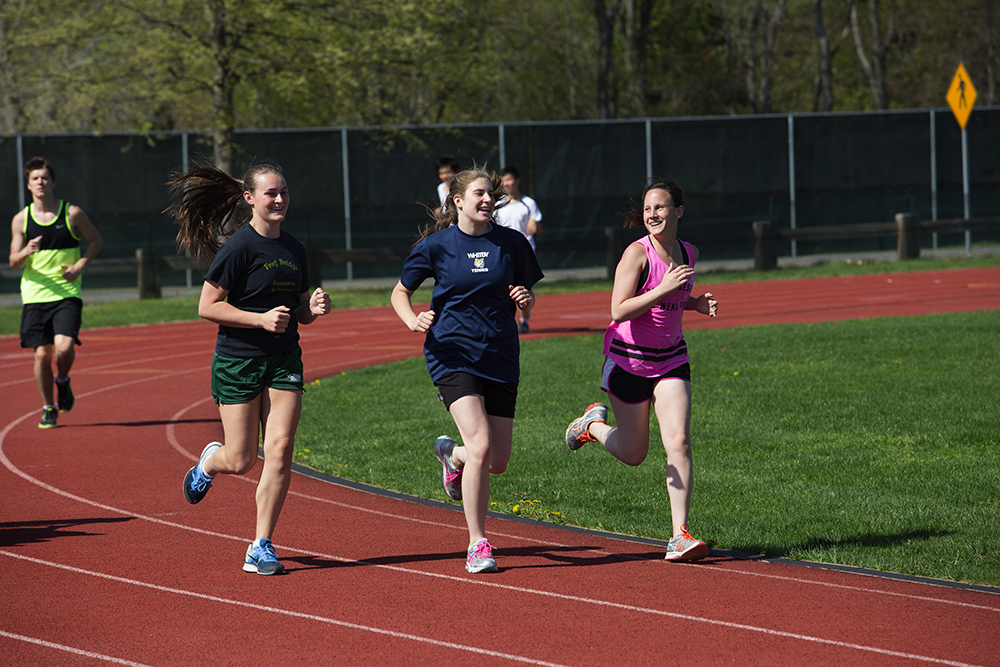 The Phil Shaw Track was named for legendary Wilbraham Academy faculty member and coach for 18 years Phil Shaw. He made a lasting impression on the hearts and minds of his students both in the classroom and on the track and soccer field.

In 2009 Don Joffray ’46W and his wife Suzanne made a $250,000 gift to help with the renovation of all the fields on campus and requested the track be named after Phil Shaw.

Don said Phil inspired him to strive to do his best both on and off the field. After college, Don became a mathematics teacher at the Loomis Chaffee School, and his track team competed against Phil’s Wilbraham team. “Phil was a fierce competitor and he made me a better coach,” said Don. “He was an extraordinary man and a great friend.” 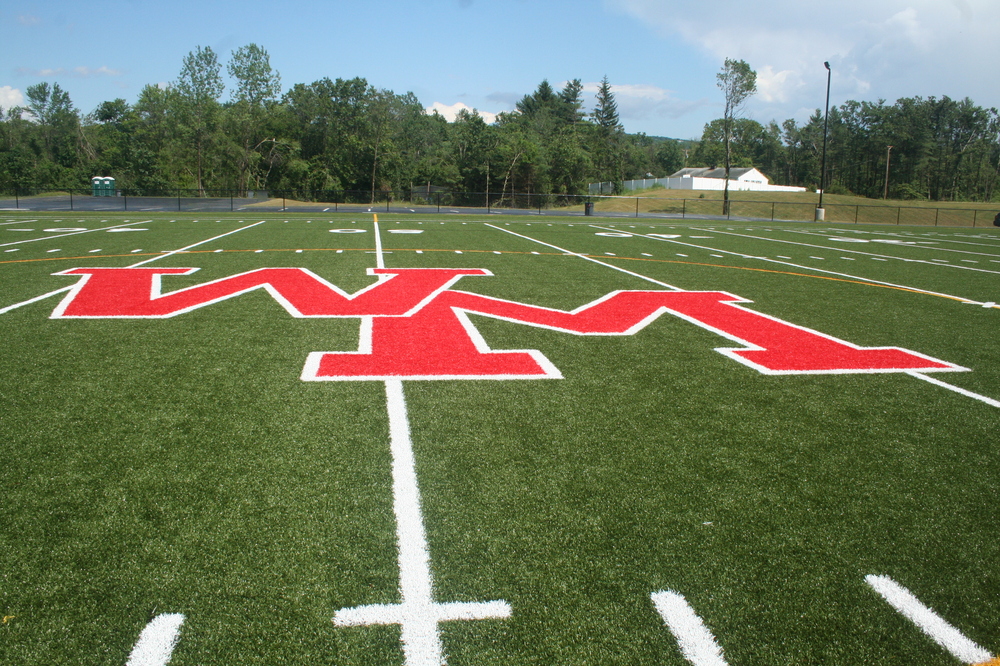 The Turf Field Complex, completed in 2011 and located on Faculty Street, is host to soccer, football, field hockey, lacrosse and softball. The turf field has an electronic scoreboard, bleachers for spectators, as well as a lift for team video use. The area includes bathrooms as well.

The Academy’s oldest Field, named for Caleb T. Winchester a graduate of Wesleyan Academy in 1865 and President of the Board of Trustees. Sports played today on Winchester field are Girl’s JV Lacrosse and Middle School Soccer.