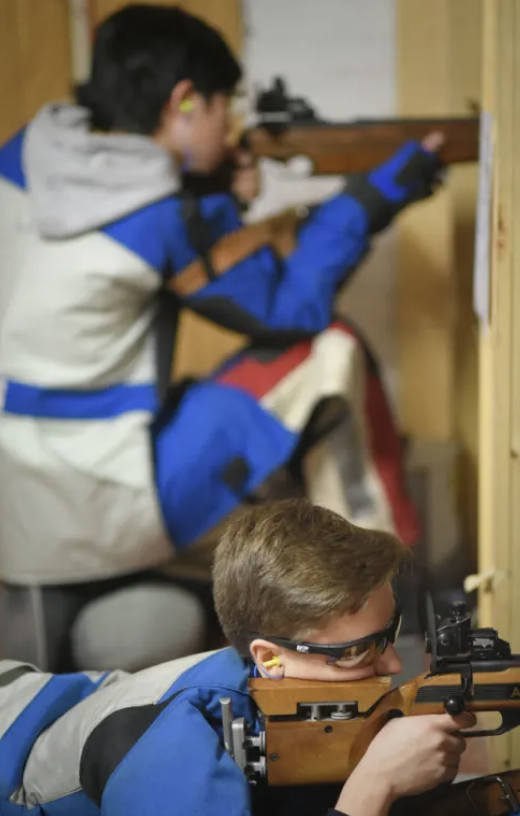 Riflery has been a competitive sport for more than 60 years at Wilbraham & Monson Academy. WMA is one of the only college preparatory schools in our region with an indoor shooting range on campus. The Academy has a five-point indoor firing range in the Cowdrey Rifle Ready Room, which was donated by C. Francis and Florence I. Cowdrey in honor of their son, Sherman '50W. Sherman Cowdrey is the great nephew of Dr. James Naismith, who invented the sport of basketball in 1891.

The Riflery team uses Anshutz competition .22 rifles and shoots at A-17 11 bull targets from 50 feet. Individual shooters have 30 minutes to fire five rounds in the prone, sitting, kneeling, and off-hand (standing) positions. The sum of the top five scores from each team will determine the winner of the match.

All equipment is supplied by WMA. The Academy’s Riflery team consists of 12 varsity shooters. We are proud to say half of the team is comprised of female and international students.