"Our faculty continue to be recognized for their abilities to bring creative strategies to our classrooms and experiences overseas to help students and fellow educators better understand the interconnections between peoples and systems that fuel modern globalization."
Walter Swanson, Dean of Faculty 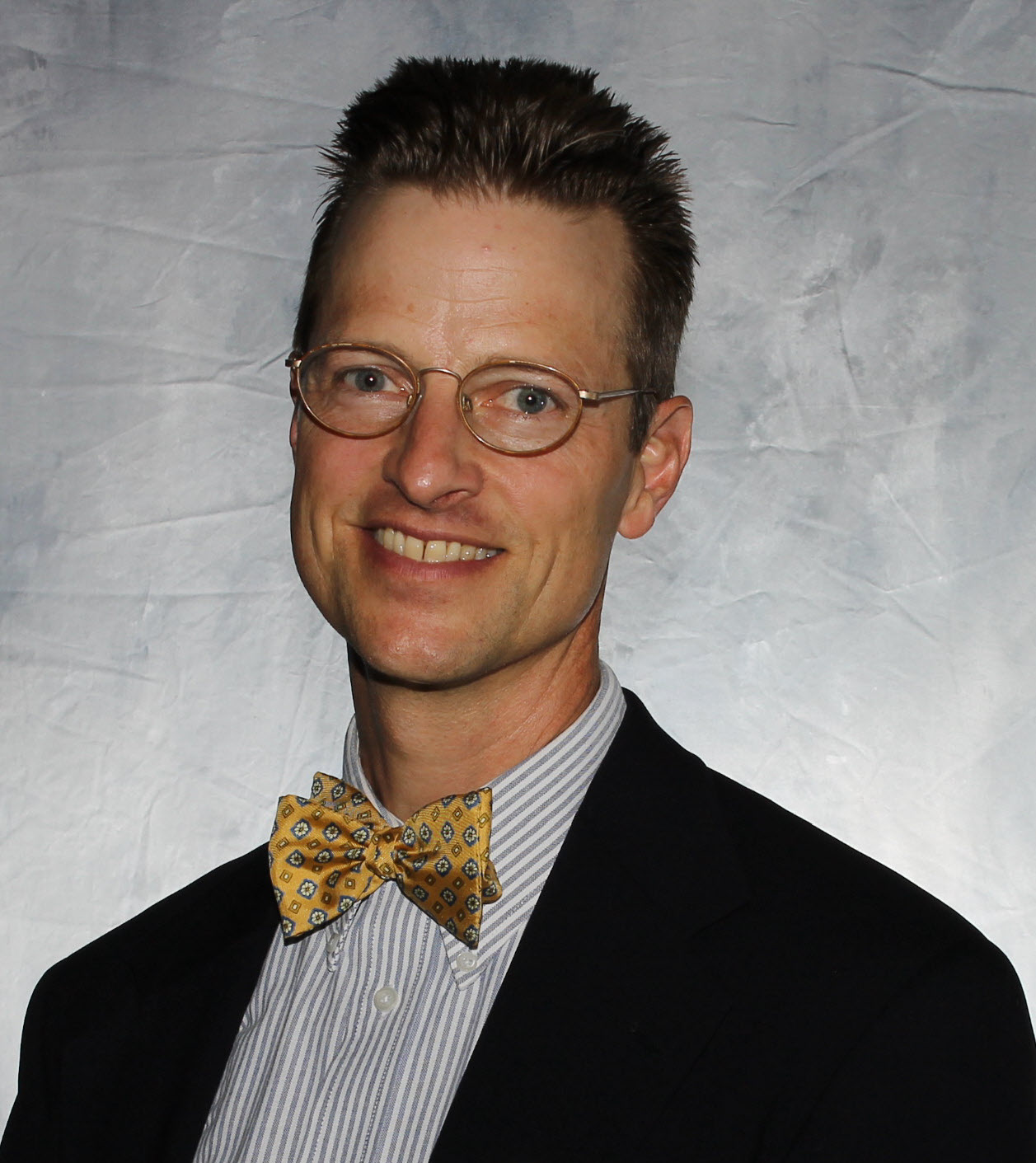 Teacher and Community Service Coach John Lombard traveled north of the border to Toronto, where he investigated how the protection of a tree canopy in that city created a better quality of life and brought down significant costs. Mr. Lombard learned how to have students take tree measurements using the iTree software, and he collaborated with Toronto city officials and later University of Vermont professors.

These skills are used both for the statistics section in the existing math curriculum as well as service opportunities for the WMA Community Service Team.

Additionally, Mr. Lombard’s work will inform the WMA community about the economic and quality of life benefits of its tree canopy on campus.

Opportunities for faculty to develop new areas of interest as well as bring personal passions to their classrooms allow the Academy’s global mission to continually grow and evolve, creating a richer experience for WMA students. 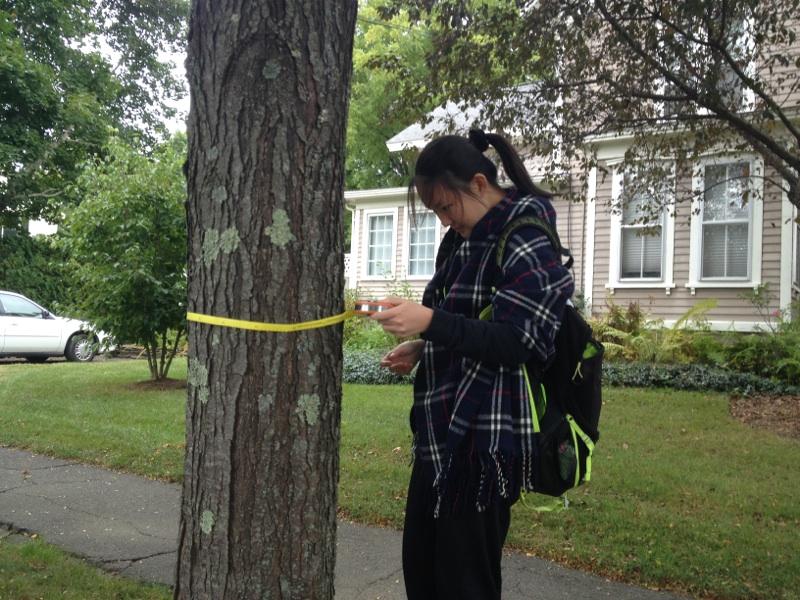 Not only did Coach John Lombard and four of his Community Service Team members generously donate their time off campus, but they worked side by side with and learned from people regarded as experts in their respective field.

For seven hours, the Service Team members collaborated with an arborist, forester and professor in Northampton regarding the city’s current and future tree situation.

“Trees might be our simplest low-hanging fruit for cooling off urban centers that have urban hot zones - that means people are using less electricity, using less fossil fuels, and that will have a direct way in how to slow down our, what seems like an inescapable, path we’re on,” Coach Lombard said. “We’ll pass two degrees warming fairly soon, and if we pass six degrees, it’s incompatible of human life as we know it.

“Trees are critical background for our future survival.”

Students in Melody Rivera's Honors Spanish III class won't be studying abroad, but twice a week it sure will feel that way.

"A company named Platica started a pilot program with Harvard in 2011," Ms. Rivera said. "We're the third high school in the country using a conversation format in a real world situation."

Twice a week, Ms. Rivera's students will have conversations with native Spanish speaking professionals from Platica, which bases the casual discussions off the specific class curriculum.

"This would be like going to a café in a different country and meeting someone new and having an impromptu conversation that isn't planned whatsoever," Ms. Rivera said. "It's the closest to an abroad experience we can provide in the classroom."

After the talks, which last 30-45 minutes, Ms. Rivera will receive printed feedback on each student, including errors and progress, which she will share with the student.

During her various school trips to Spanish speaking countries, Ms. Rivera has noticed a significant difference in how the students speak. For many, it takes time for a their confidence to grow in order to speak freely in a second language in a foreign country.

"The whole frequency is very important in acquiring a language. We want to gear more toward language acquisition vs. the language learning that's been going on in the past. For you to acquire a language you need to practice and to create experiences which will then transfer to the long-term memory section of the brain. That's when true learning occurs."

WMA hopes to offer a trip to multiple countries in South America in March so the students can apply the language skills they have learned in the classroom in a real Spanish-speaking country situation. 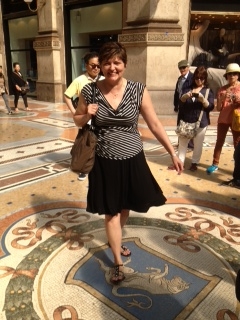 Marvina Lowry-Brook traveled to Paris and Milan in 2013 to investigate the fashion and design industry. While there, she made significant university and design house contacts and brought back the experience for her new Fine and Performing Arts electives focusing on fashion and design. These popular courses allow students to begin to create pieces and later learn the economics and business behind this billion dollar global industry. 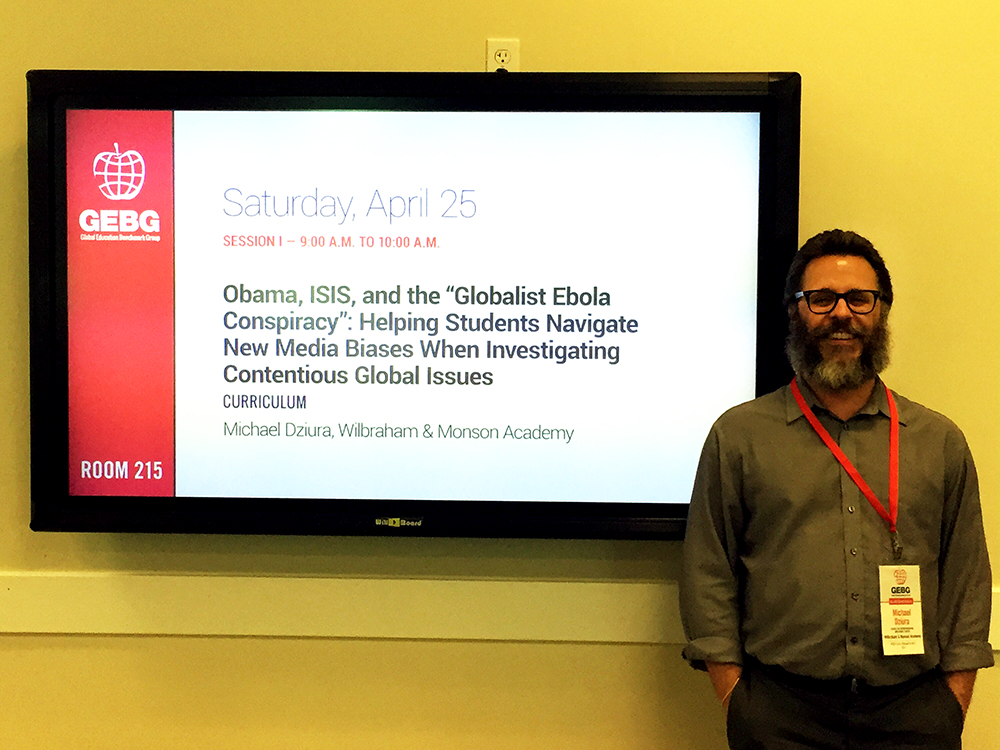 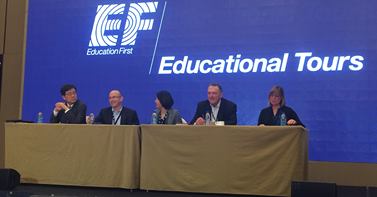 Dean of Faculty (former Director of CEGS) Walter Swanson and Board of Trustee member and former Korean Ambassador to the United Nations Hyun Chong Kim ’77 were among five panelists who addressed how schools are changing in order to adapt to 21st century marketplace skills. Read more. 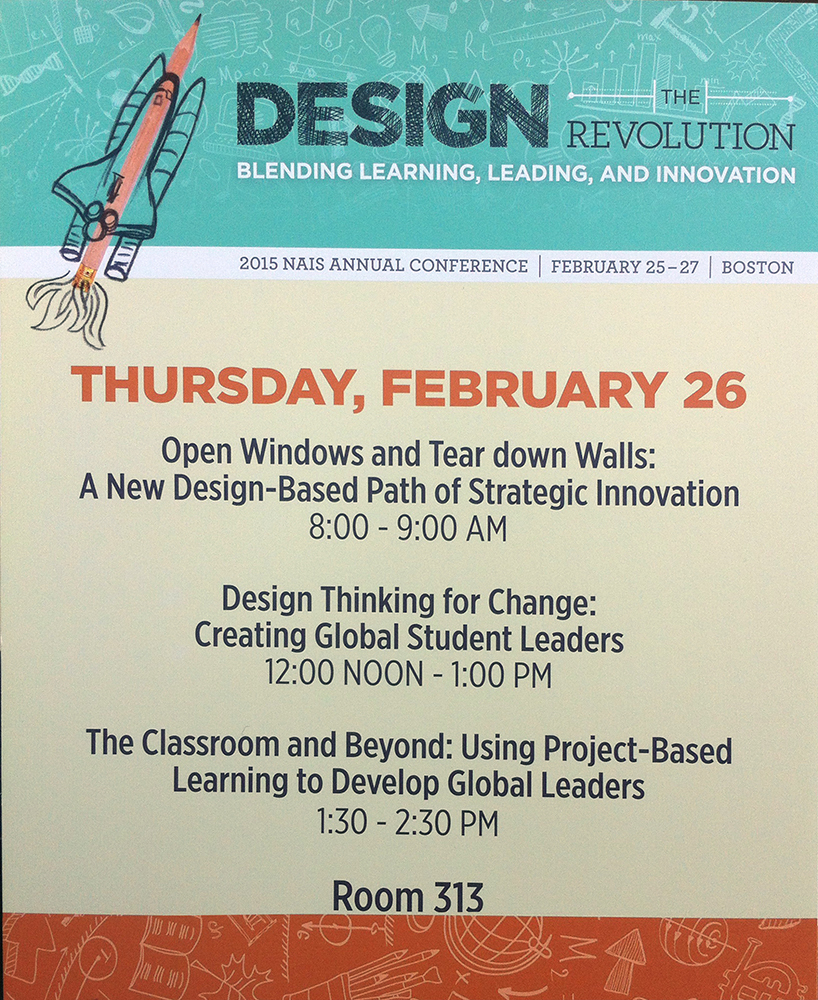 The theme of the conference was “Design the Revolution: Blending Learning, Leading and Innovation.” Dean of Faculty (former Director of CEGS) Walter Swanson, an experienced academic public speaker, was asked to participate as a panelist for “Design Thinking for Change: Creating Global Student Leaders.” Read more. 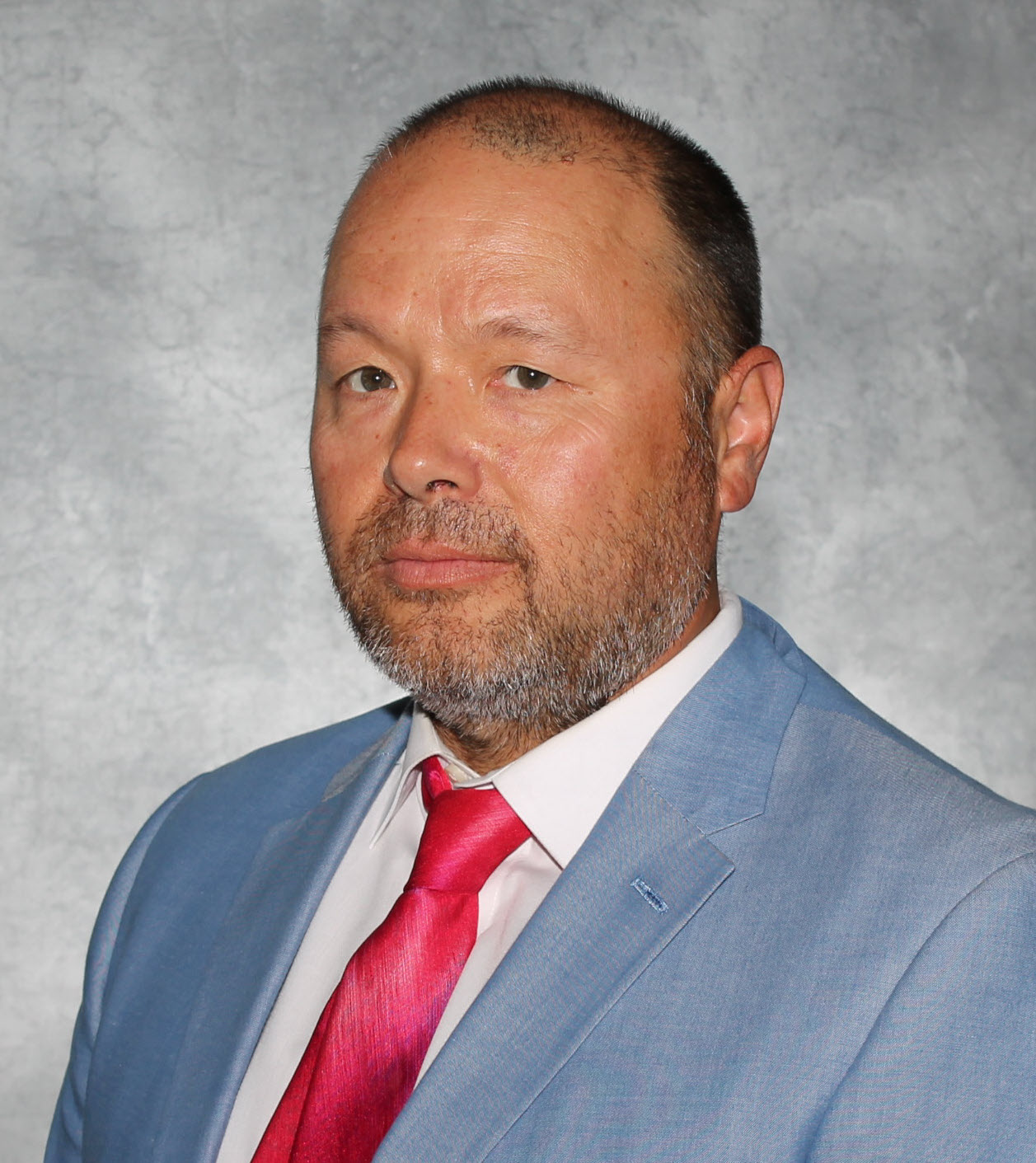 Below are some recent articles Mr. Bloomfield has had published: 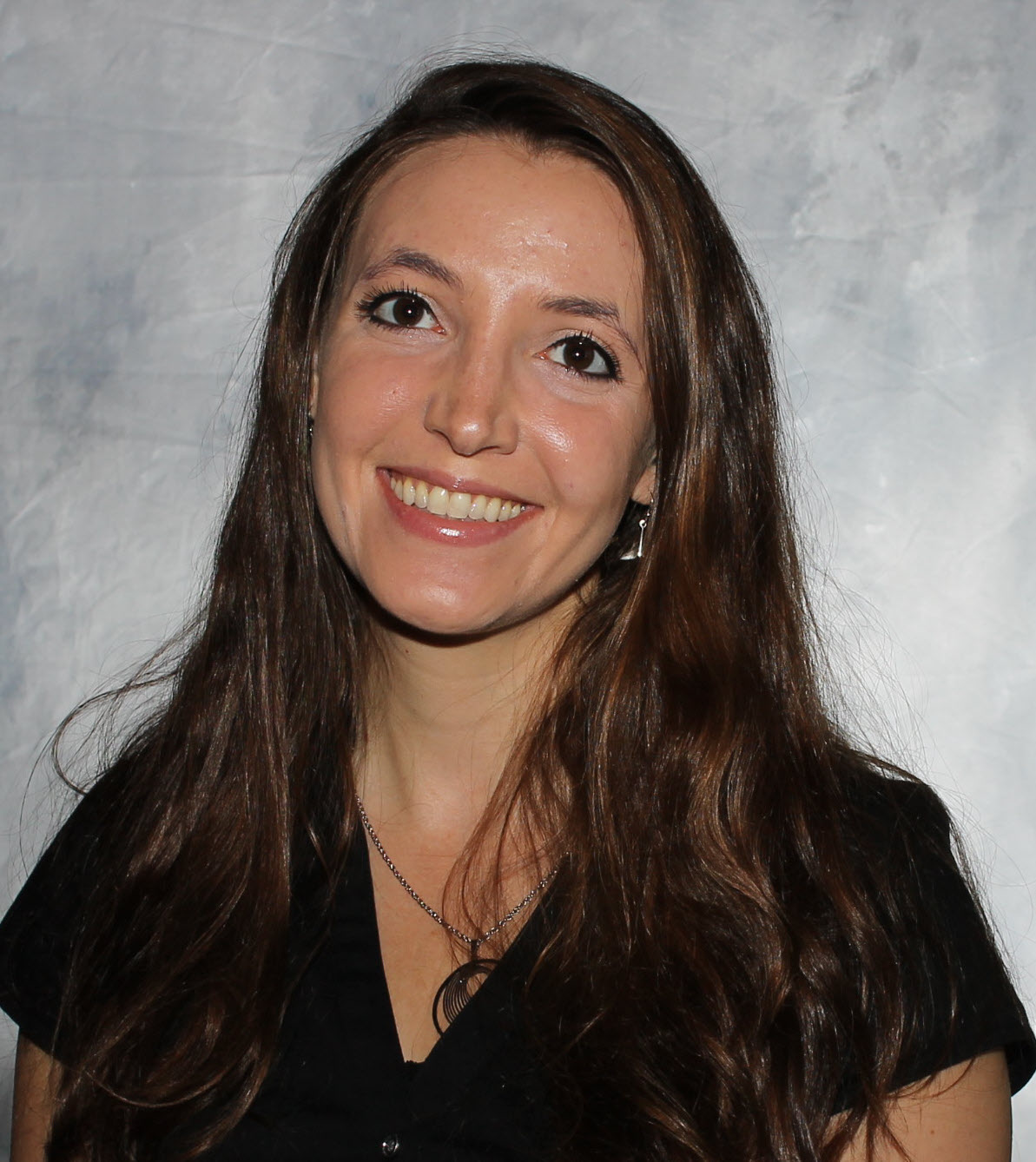 Since she was a young girl, Wilbraham & Monson Academy English Department faculty member Liz Mitchell-Kelly '04 has kept a journal.

In mid-December, Liz wrote something in her journal she thought other people might have some interest in, so she sent it to The Huffington Post. The Huffington Post replied immediately. Not only did the online media giant say it was going to run the piece, but it also wanted Liz to come on board as an independent blogger.

"It was one of those things where I woke up at 4 a.m. and something was really bothering me," Liz explained. "I had to write it down. After I looked at it, I thought, 'Maybe this could be something and is more than a journal entry. Maybe somebody might want to read this.' I submitted it to see what would happen and they emailed me back that same day.

"I'm very excited. I've had multiple pieces of writing that I've been working on but I haven't known what outlet they belong in. Now I have somewhere. I have the freedom to write about things that matter to me."

Liz has been a blogger for Ad Week, an advertising public relations magazine, and has had some pieces posted at the website Feministing and other small literary magazines. Huffington Post, though, is a totally different level, with her piece, "Hanukkah Reflections on my Refugee Heritage," catching the attention of the company's management.

"I had found myself very disturbed by some of the political rhetoric being tossed around," Liz said. "As a child of a Jewish mother and Catholic father, my mother's family had come here from Germany and Eastern Europe and I've heard harrowing stories. My mother has told me stories about her aunt who had survived a concentration camp. With the numbers on her arms, she was a walking reminder of not only the cruelty that humanity is capable of, but also the kindness that can combat that cruelty. Similarly, my father's family is Irish, but they came here escaping tyranny and famine.

"When all these people arrived here, the people who had arrived before them, contrary to what they might have thought, the Jews weren't all greedy cheats and the Irish weren't Godless scum. They came here not to threaten the American way of life, but to build it and take part in it." 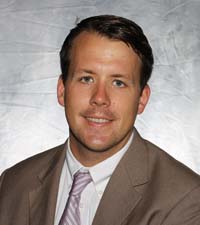 English department faculty member Billy Rosenbeck has been writing on the topic of music for various e-zines.

Below are some links to some recent articles that Mr. Rosenbeck has had published: 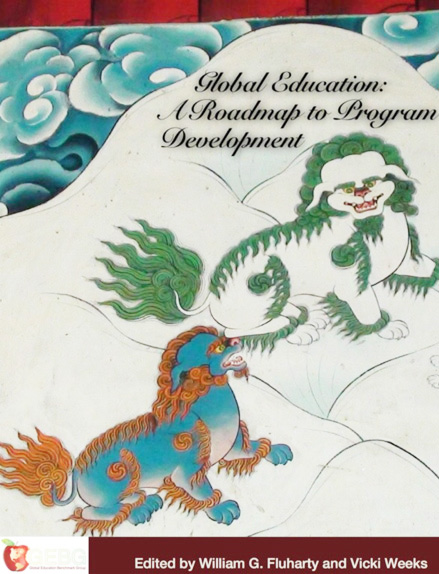 Dean of Faculty (former Director of CEGS) Walter Swanson and CEGS teacher Michael Dziura have each produced pieces of the iBook “Global Education: A Roadmap to Program Development.”

This is just one of the many success stories of faculty sharing what they are teaching in the classroom and how they make the connection to today’s ever-expanding global landscape. With more than 20 contributing authors, the iBook is now available to purchase on iTunes. It is tailored specifically to administrators and educators who are interested in developing their own global curriculum. Read more.

FPA and English Dept. faculty member Sue Dziura is performs regularly at the Majestic Theater in West Springfield, Mass. During their annual performance of "Home for the Holidays," her group prepares a family variety show, featuring skits and music from yesteryear. Above is a preview from ABC40 featuring Mrs. Dziura.

Music teacher Thad Wheeler (far left) played percussion with Steve Reich and Musicians at the 50th Anniversary of Nonesuch Records in the opera house at the Brooklyn Academy of Music.

Mr. Wheeler previously played with Reich, the group’s composer, for 19 years. He didn’t hesitate to reconnect with the group for the anniversary shows, which were all sold out. 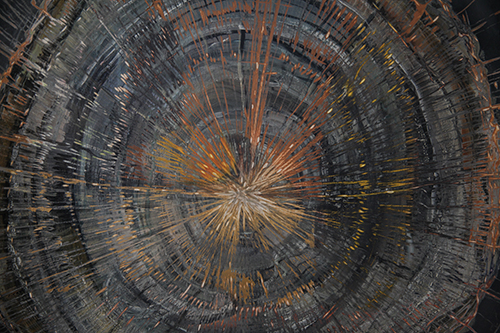 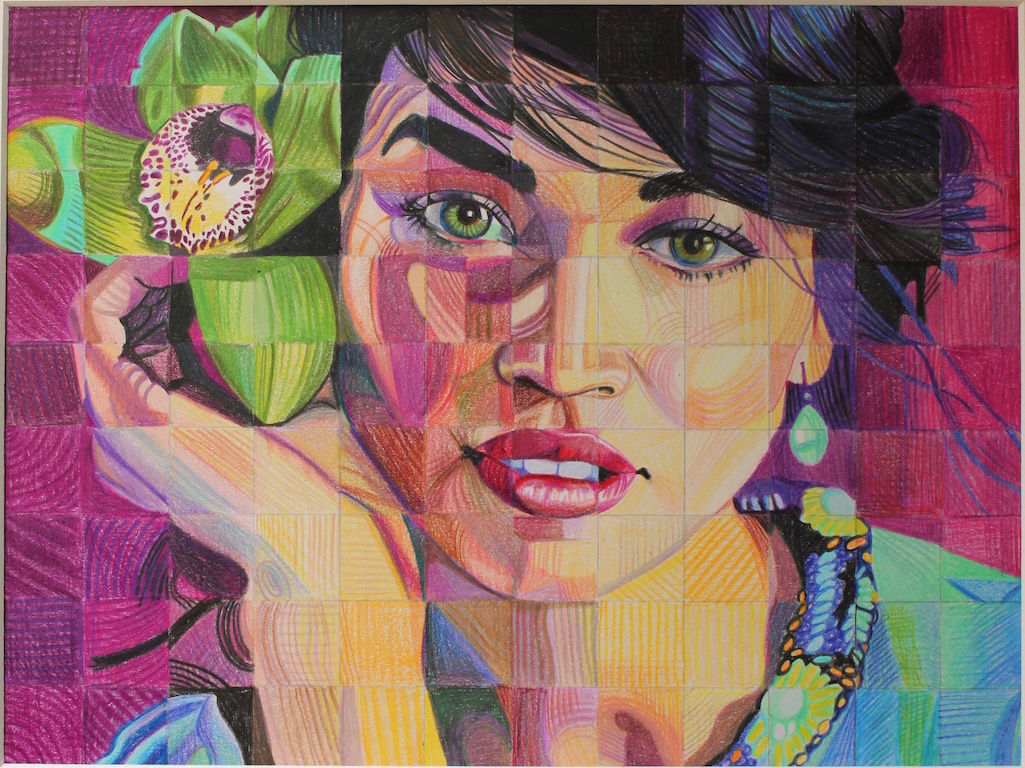 FPA faculty member Wendy Decker’s colored pencil drawing was chosen to be displayed at the 2015 Spring Art Exhibition & Sale in April at the Monson House of Art in Monson, Mass.

Ms. Decker created this 12-inch by 9-inch drawing titled "Aquarelle" based on the work of Chuck Close, a partially paralyzed artist who specializes in grid portraits.

From the collection called “Impressions…at the Speed of Light,” these two photos provide a glimpse into one man’s view from the seat of his motorcycle. Through digital enhancement, Computing faculty member Steve Gray ’70W shares with the viewer what “my eye catches in a fraction of a second, as I fly by.”

Mr. Gray uses Photoshop techniques to reveal his vision. The enhanced parts are the quick impressions that first drew his attention. At his art exhibit, held at WMA, he chose computer stations to “frame” his digital imagery. 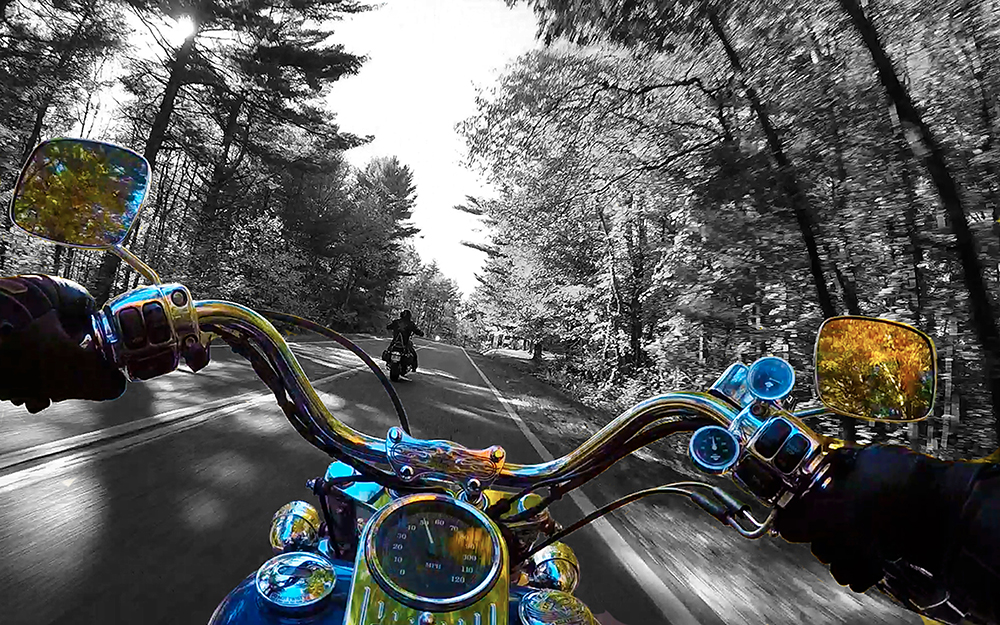 Some things change...some things stay the same
Location: on the back roads in Connecticut on a fall afternoon, 2013. 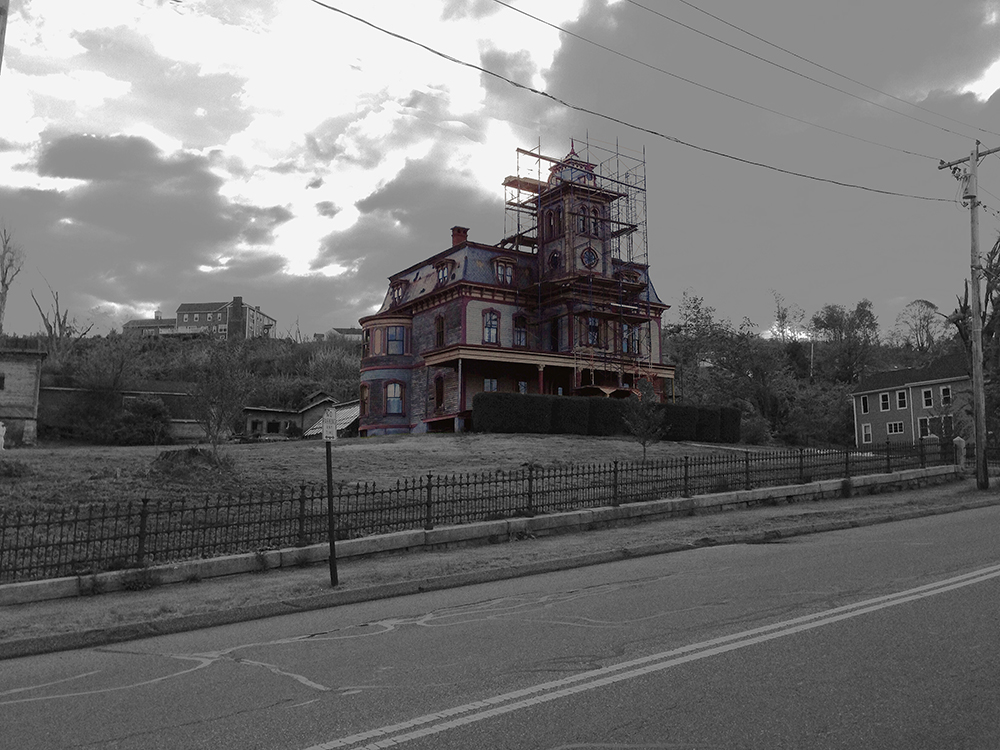