Dublin is not my favorite city in Ireland.

All told, I only spent about 24 hours there over the course of my 2 1/2 months in the country, which seems wholly improbable in retrospect. To many, Dublin is unavoidable, so it took conscious avoidance to stay away as much as I did.

My uncle loved Dublin, and we clashed on this idea: I said it was like any other big, international, European city — it didn’t make you feel like you were in Ireland, which runs counter to why anyone goes to Ireland in the first place. He said I wasn’t hanging out in the right places. 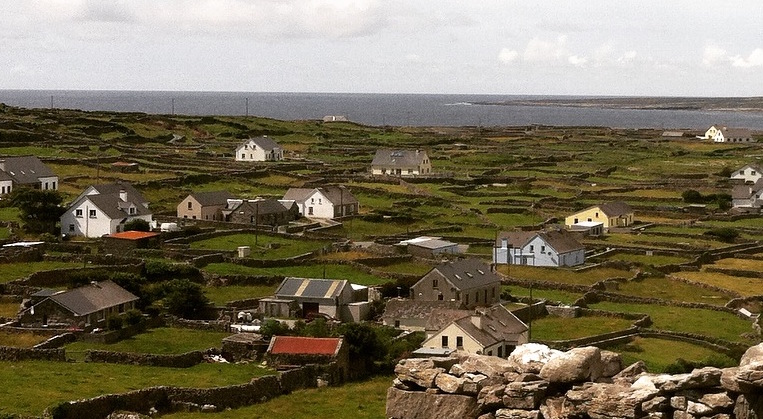 This summer, I ended up in one of the right places.

Some 99 years after the Easter Rising — June 7, 2015 — Ireland played England in an international soccer friendly, the first game played between the two on Irish soil in 20 years. Due to the formerly volatile relationship between the two countries, which persisted through much of the 20th century, such meetings have been rare and cautioned. Following a 1995 riot at Dublin’s Lansdowne Road Stadium, the two teams did not play for 18 years, until a 2013 match in England.

Dublin houses Trinity College, and Trinity College houses the Book of Kells. It’s worth seeing. I walked through St. Stephen’s Green, which is appropriately named, since it’s as green as anywhere else in a country known for its varying shade of the same color. At the General Post Office — still in use, a part of the daily foot traffic — I placed my finger in the bullet holes left over from the 1916 Easter Rising, a stark reminder of the violence of days gone by between the Irish and British. Those effects are greatly diminished now, a political afterthought in the Republic’s present, with only occasional reminders, one of which I was lucky enough to be present for.

Some 99 years after the Easter Rising - June 7, 2015 - Ireland played England in an international soccer friendly, the first game between the two on Irish soil in 20 years. Due to the formerly volatile relationship between the two countries, which persisted through much of the 20th century, such meetings have been rare and cautioned. Following a 1995 riot at Dublin's Landsdowne Road Stadium, the two teams did not play for 18 years, until a 2013 match in England. That went peacefully, and so this summer’s match followed.

Dublin was alive that morning, and I was forced to concede Uncle Mark’s point: on days like that, there is nowhere like a big city. You can feel it on the sidewalks and in the corner stores that something is different, that the city’s pulse is more heightened than normal. Chatter bounced around a distinctly promising day, which I estimate comes from the shared experience about to unfold: we get less of that now, less shared experience, in a world that is increasingly niche and splintered, but in Ireland, due to the country’s size and identity, everyone knows when something big is going on, and that June Sunday felt big. 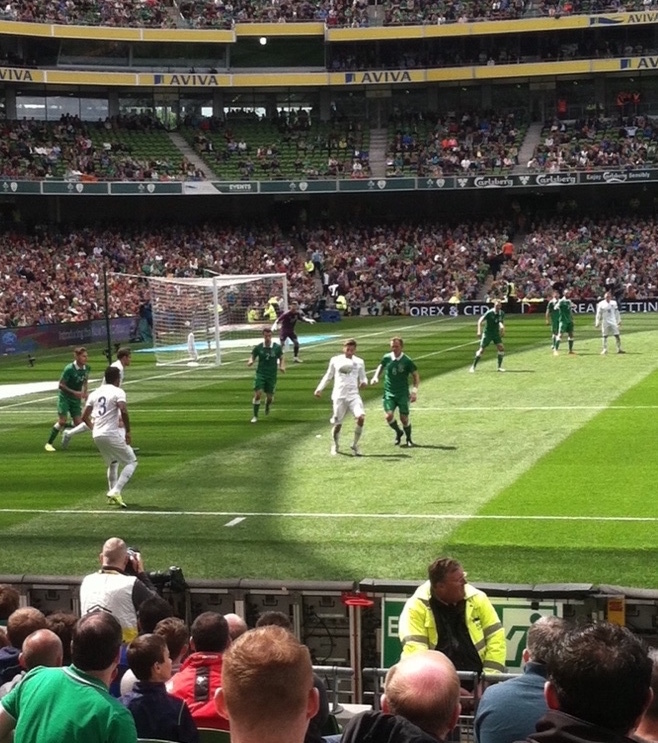 Admittedly, I didn’t know quite what to expect when I woke up that morning to catch a 7 a.m. bus from Cork’s Merchant Quay (which itself was crawling with fans draped in green) to Dublin’s City Centre. I knew violence was extremely unlikely, despite receiving both caution and reassurances in the days prior from shop clerks, bartenders and RTE News. Of course, clear caution was exercised: there was a sizable police presence and vigilant security in the entire city, especially nearing the stadium. In the weeks prior, known hooligans’ passports were pulled to prevent trouble for trouble’s sake.

In line with the evaporating social and political polarity, on my half-hour walk to the stadium, I saw nothing that would cause concern. It was genuinely friendly, as the name suggested. There was nothing of the sensationalism some people would’ve liked a wide-eyed American traveler to believe: England’s fans camped out outside the stadium with flags and jerseys. At worst, they gave and received clever jarring. Irish fans traveled in packs to the stadium with no rowdiness out of line with any other sporting event; there might have been even less than that, since none of Dublin’s pubs opened until after kickoff, and alcohol was not served inside the stadium.

On the field, the game was largely forgettable, a 0–0 tie (though Ireland had the bulk of the chances). But the uniqueness of the atmosphere transcended sport, and felt inherently different than almost any other athletic competition. The zeitgeist of the day was national pride, not violence, and in that way, it was a historical day for well-maintained peace, not soccer.

The Leverett Marsden Hubbard Family Teaching Faculty Sabbatical Travel Fund, named for former Wilbraham & Monson Academy Trustee Leverett Marsden Hubbard, was established in 2001 by his son Leverett Hubbard. The purpose of the fund is to help reward and retain full-time upper school teachers at the Academy. The fund provides travel grants of up to $5,000 to full-time teaching faculty members who have completed five years of classroom teaching and who will return as a classroom teacher the following year. The fund is intended to help faculty become more aware of the interdependent world in which we live and to develop an understanding of different countries, especially those of our international students.

Travel must be mission-based (tied to culture and education) and take place outside of the United States. The grant’s purpose is to help faculty become more aware of the interdependent world in which we live and to develop an understanding of different countries, especially those from whom our nation has derived our culture and heritage.