Record-setting turnout for Class of 2015 toward gift 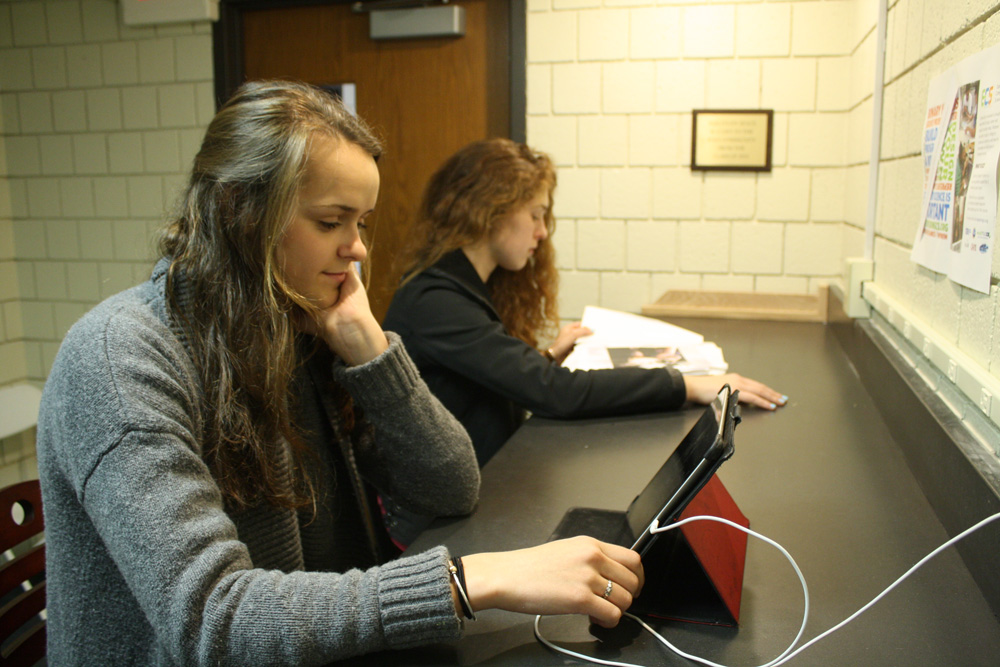 The Class of 2015 will leave its mark next month as one of the largest graduating classes in the history of Wilbraham & Monson Academy.

The Class of 2015, though, made history well before WMA Commencement by having nearly 40% of the students make a donation toward a class gift at the Academy and by having that gift in place before graduation.

“There’s been a good relationship with the Alumni and Development Office this year,” class co-advisor Donna Barone explained. “They got involved with the class before May. That has helped with the giving.”

“It’s not about how much you donated: it’s about participating in a way that you can show that you are devoted to your class,” Haotian (Roger) Cui ’15 said. “I feel great about it.”

The class paid for a study nook in Mattern Hall, complete with a tabletop and electrical outlets so students can work on their laptops, computers and iPads.

“I think the idea of putting a study nook in Mattern was great because of all the kids who sit in the hallway to do work,” Molly Socha ’15 said. “To have a private area to study and do work is a great opportunity for the students.”

“It was a great showing and a diverse group of students who donated,” class co-advisor Liz Fontaine added. “We’re the first class who has its gift in place before graduation and it’s a useful space for the students.”

The Board of Trustees and the Alumni and Development Office treated the students who made a donation toward their class gift to a dessert and networking reception in the Campus Center April 9 with Board of Trustee members Robert Edmunds ’01 and Caitlin Flynn ’06.