WMA students see MoMath and more in NYC
bwells
Nov 22 2013 8:47 AM
Six WMA students and a faculty member went to the MoMath Museum of Mathematics, as well as the High Line Park and a restaurant in Koreatown. 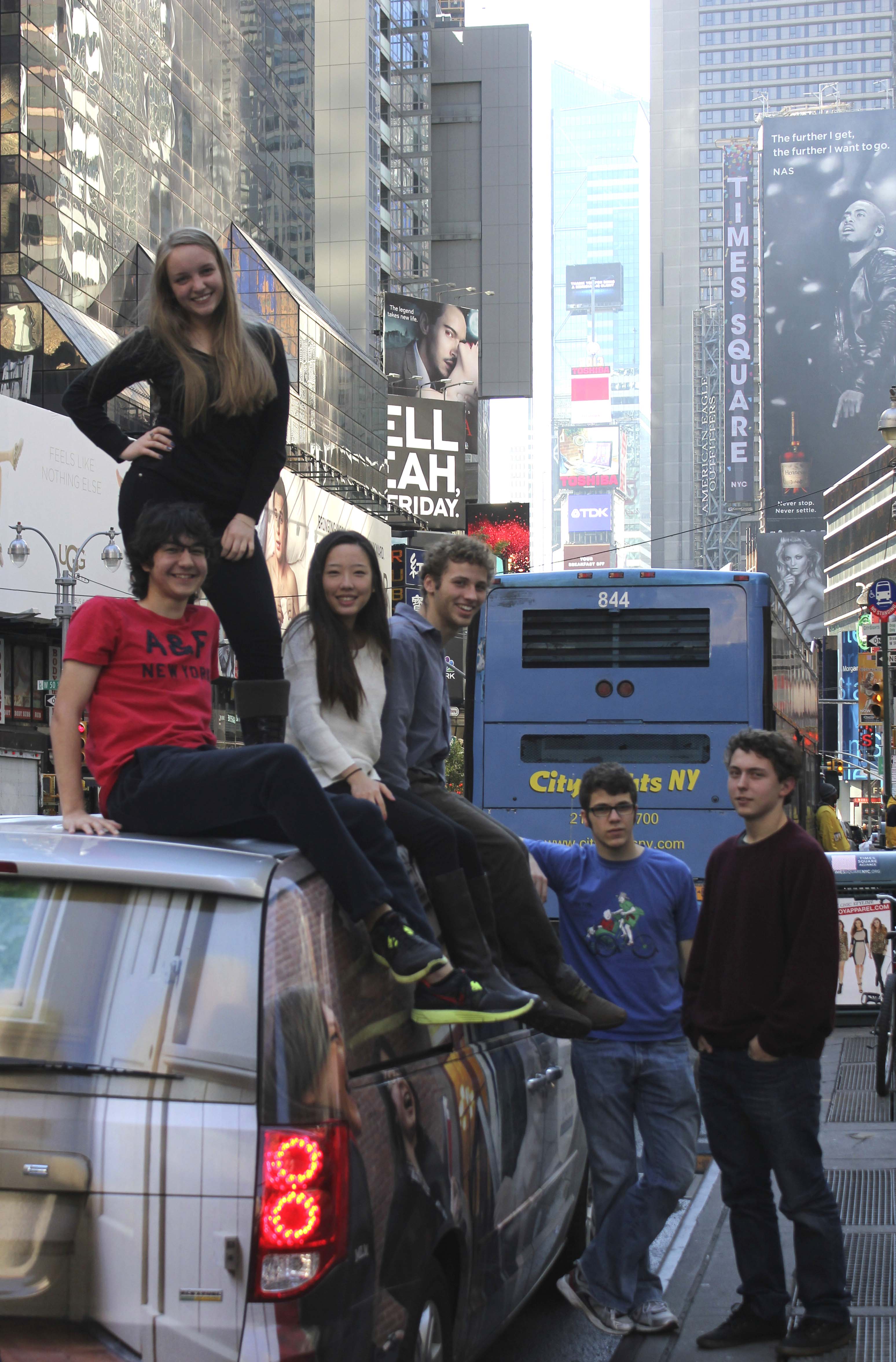 Six Wilbraham & Monson Academy students and one faculty member took in some of the new offerings in New York City Nov. 16.

“The museum was cool,” Mr. Fischer said. “I learned some new things about math. They had simple puzzle things, and a deeper understanding of the pythagorean theorem. Somebody has put a lot of good thought into the museum. The key thing was a three-dimensional, 35-foot paraboloid, where you could see various connections. The math just kept unfolding: it was one big puzzle.”

Valeria agreed, saying, “The math museum, even though it said it was geared for 4-8 graders, we as seniors found it a challenge for ourselves. And so did the teacher. It was interesting. There were so many ways to look at the museum. Visitors could take it as easy entertainment or look at it from a deeper point of view.”

The group got a deeper point of view of New York City while walking along the one-mile High Line Park, which is an above-street level greenway after serving as a railroad for decades.

“I really liked how they used the old railroads to build a walk for people,” Valeria said. “You could see the city from a second floor. It was relaxing. There was a lot of green and plants. It gives you a different point of view about the city.”

The group enjoyed lunch at a restaurant in Koreatown.

“It was a pleasant day for me,” said Mr. Fischer, who added he hopes to return to the museum in the near future.