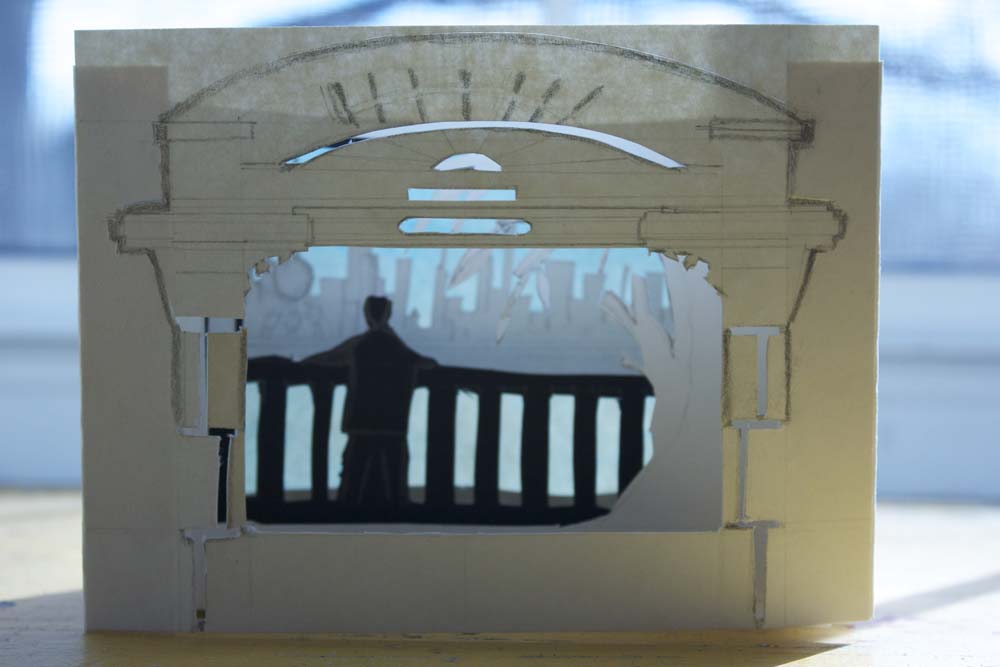 Through the creativity of two faculty members at Wilbraham & Monson Academy, Binney Hall housed dozens of cities during the first trimester.

“The students made a series of five panels with folded accordions, which allowed for a format in which students could explore both negative space and depth,” Ms. Decker said. “Using a utility knife, students carved away at the paper to make buildings, bridges, cars, trees and people in order to create this sense of space.”

The assignment was broken down into sketching, cutting out the panels and painting the background in watercolors before piecing everything together. The task was mainly sculptural.

“It went well,” Ms. Decker said. “Some kids were abstract with it. You could tell it was an urban cityscape sort of thing. They had some element of a building or park or skyline in the background so you got a sense of space.

Steve Chu ’16 enjoyed working on his tunnel book so much that he made one outside of the classroom.

“It was fun,” said Steve, who created a Batman theme for his class assignment. “I made my project and then I made a birthday card and gave it to someone. I think I will make something again and teach someone how to do it.”

Click here to view a photo gallery of the tunnel books.