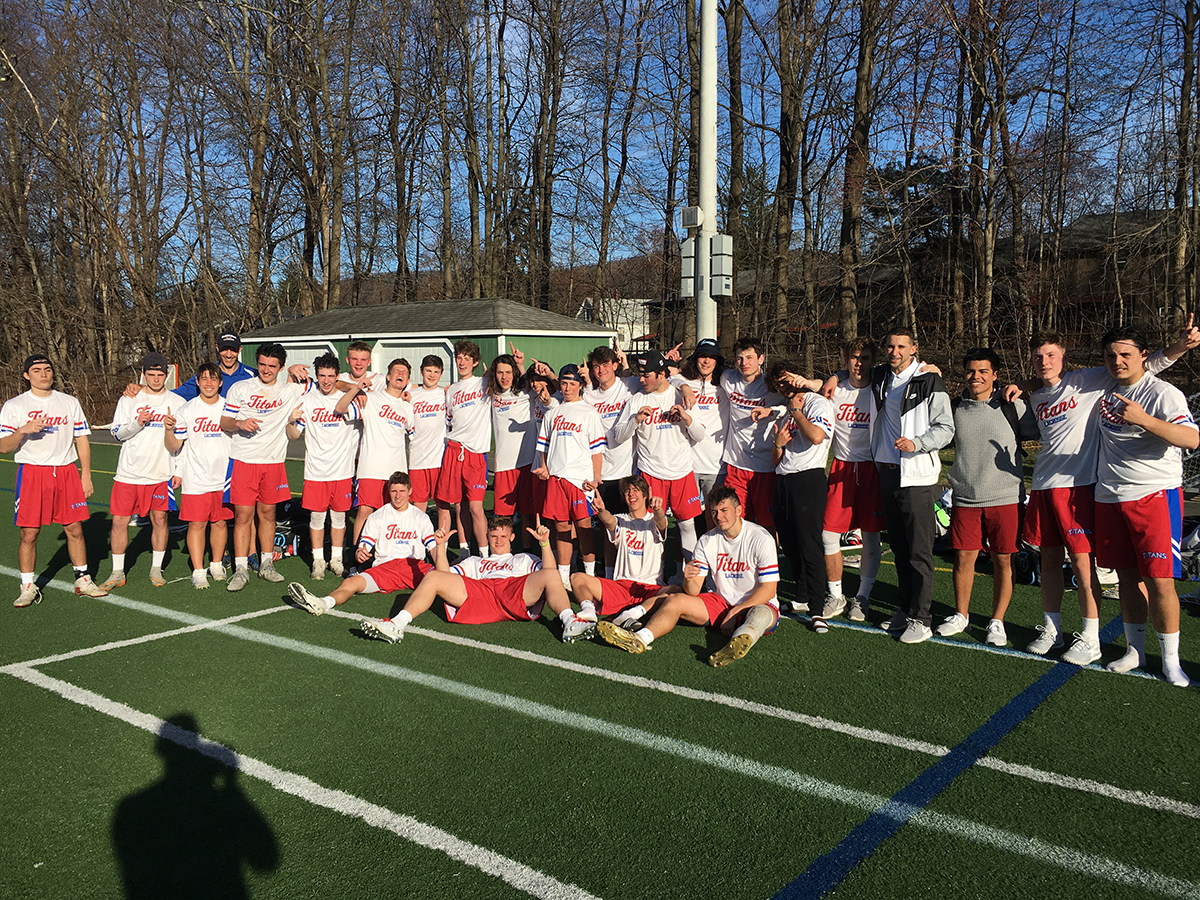 Wins against archrivals are even better.

Behind an exceptional first half, the Wilbraham & Monson Academy Boys' Lacrosse team beat Williston Northampton School for the first time in more than two decades, topping the host Wildcats 14-11 April 17.

The Titans jumped out to an 8-1 halftime lead, and were also up 10-1 in the third quarter. WMA's team defense was stifling in the first 24 minutes, and goalie Blake Ulmer '19 finished with more than 25 saves. Jack Robinson '19, who missed practice the day before the game due to illness, stepped up and led the Titans offensively with three goals and three assists.

Coach Mike MacDonald on what led WMA to the win: "The game started out great for us. We had good energy coming out of the gate. We built an 8-1 halftime lead. We knew based on our scouting reports that Williston had some kids who took a while to get going, but once they did get going they were capable of runs. We continued the whole game with good energy. And when they did make their run, which we knew was going to happen, our offense bailed us out and continued to score goals when we had the ball on offense."

Coach MacDonald on WMA beating Williston: "We've been in close games with them. We've had an overtime game and one-goal losses, but when I got here we had a few 17-4 and 16-3 affairs. So to go to Williston and get a win in their house for the first time in two decades really goes a long ways and shows where we're at as a program."

John on the Titans defeating the Wildcats: "The win was great. I was proud of how we played and the energy we had. A win always feels good, especially senior year after losing to them the past five years. To go out with a win against Williston feels good."