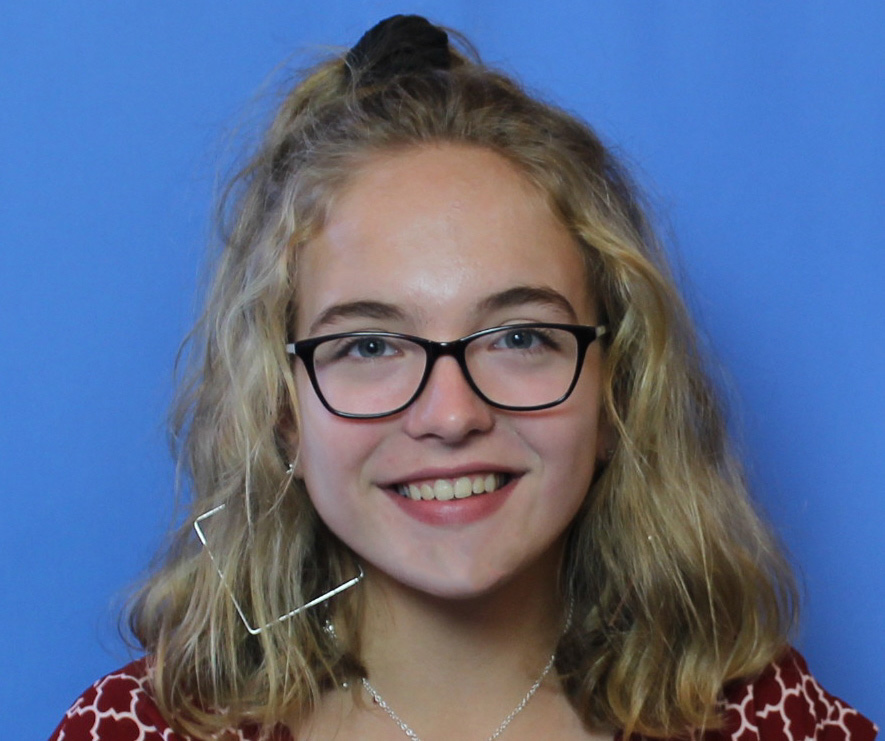 Celina Rivernider's '19 gift for writing will most likely take her someplace someday.

In March, Celina's writing ability took her to another award as a student at Wilbraham & Monson Academy.

For the fifth year in a row, Celina received recognition from the Scholastic Art & Writing Awards, which was released March 17 in the Boston Sunday Globe.

With grief serving as its theme, Celina's poem has also been nominated for a New York Life Award.

Celina on receiving an award from the Scholastic Art & Writing Awards: "To be recognized is an honor because as my writing style changes and what they're looking for changes, they're still seeing something they like in it."

Celina on Tectonic: "That poem, I wrote it at the end of my sophomore year and heavily edited it my junior year. I was working with it most recently with Mr. Harrington as part of my independent study. That one used a dragon as a metaphor, and Mr. Harrington and I talked about how that was interesting because that's something every culture has. I think it played in really well with grief as sort of this universal experience that people have. What I try to do with my poetry is to highlight personal yet simultaneous universal experiences that people have."

English Department Chair Tim Harrington '73 on Celina's writing ability: "I don't use the word lightly, but Celina, in my view and my experience of reading poetry and knowing poets, is a prodigy. For someone to have this much talent and this much interest in something so particular yet so expansive, and have an understanding of how to put language together so artfully, is incredibly rare."

It was a forest growing

on the back of a sleeping dragon,

who swallowed a warhead when it was young,

before its wings budded.

Rabbits played in its teeth and made their homes.

Flowers grew beneath its eyes,

houses settled by its feet,

and people shaved away paths.

I remember you used to hike there.

You didn't know about the radioactive air.

By the time the dragon woke you were long gone:

six feet under, with uranium in your trachea.

Sparks in the dragon's neurons opened its eyes,

and ignited the warhead waiting.

before I could even visit your grave.

The rabbits were already in its jaws,

and when it rose the houses were lost in landslides,

flower petals fell in the ashes.

I still don't remember the fallout.

The music playing in the bunker is your voice.

I scrape the rust off the speakers and survive.