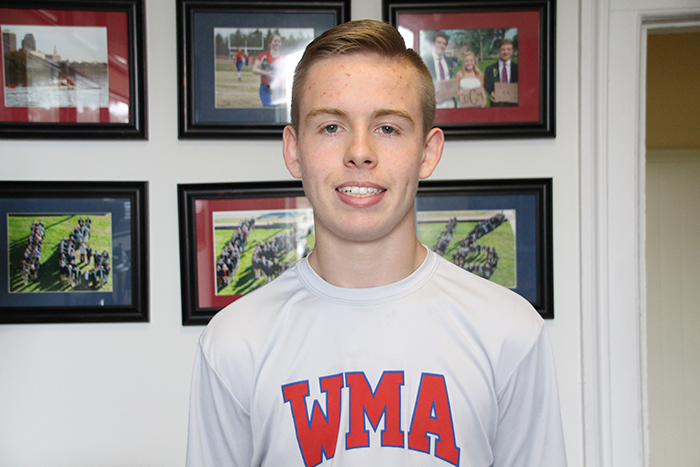 Dan did it for Dave.

Two weeks following the death of his club coach, Dave Lyman '74, Dan Wesson '18 won a gold medal at the Bay State Games in honor of the Wilbraham & Monson Academy graduate.

Mr. Lyman, a former national rifle champion and supporter of WMA Riflery, passed away unexpectedly Aug. 29. He was 62.

"Dave Lyman was my club coach," Dan explained. "He took me to nationals at Fort Benning (in Georgia) in previous years, and the NRA nationals in Indiana. I spent a lot of time with him and got to know him personally. It hit everyone all of a sudden. He died so young."

Dedicating the match to Mr. Lyman, Dan won the Scholastic Division at the Junior 3P Small-bore Rifle Shooting competition, which was held at the Reading Rifle and Revolver Club in Massachusetts Sept. 10.

"I was hoping to get a gold medal," Dan added.

When Dan finished, though, he didn't reach his high score and thought he came up short in his bid for gold. One look at the score sheet, however, erased his doubts, showing he won by an impressive 18 points.

"I was pretty happy," Dan admitted. "My dad (Eric Wesson '89) was proud of me. The car ride home felt good. I'll definitely go back next year."

Dan will return to the Bay State Games Oct. 14 to participate in the Air Rifle Shooting competition.