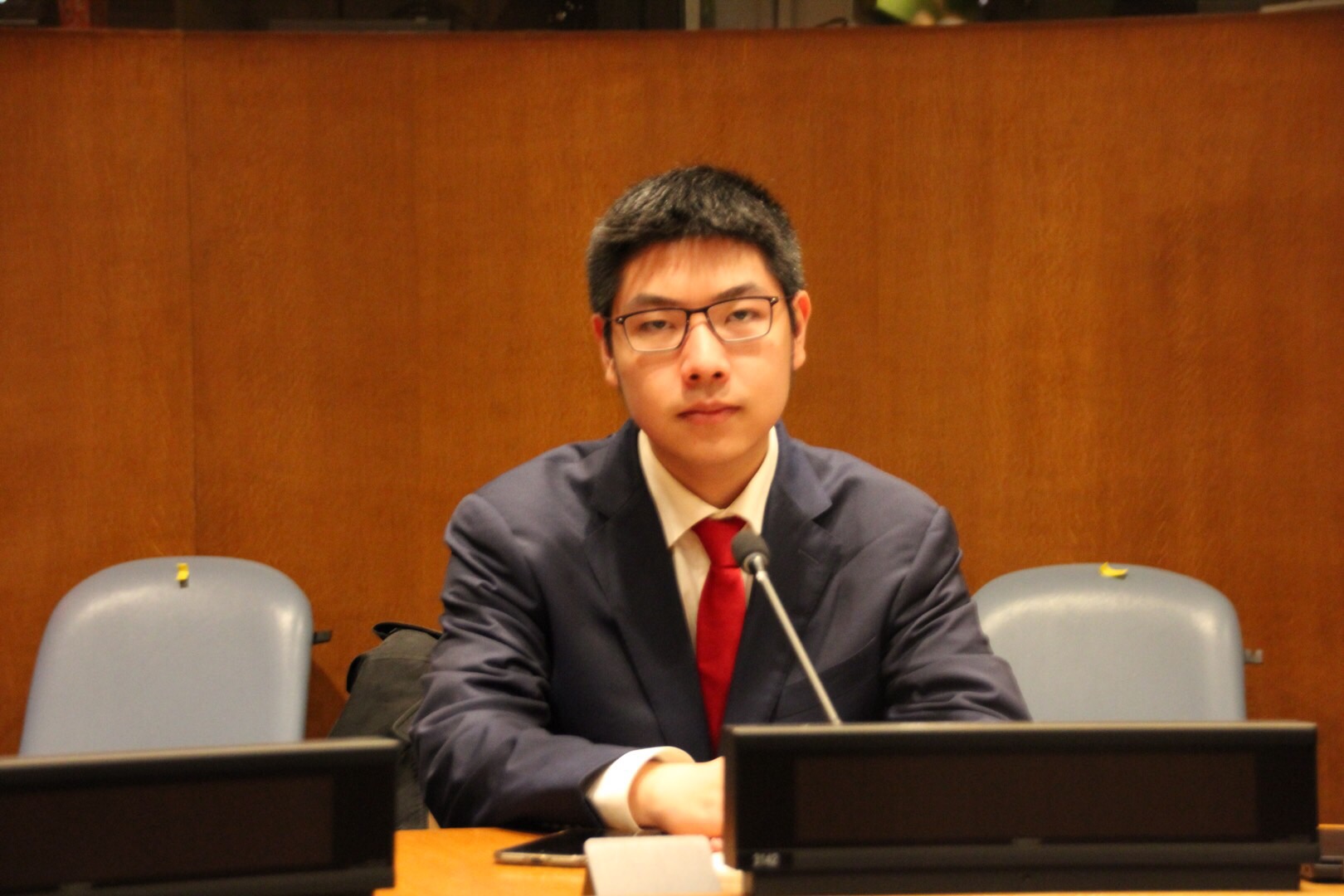 Wilbraham & Monson Academy's Fengbo "Francis" Wang '21 hopes to reduce social inequality by regulating economic policies, which is his way of making the world a better place.

He recently saw a chance to do so.

With a theme of Empowered, Included and Equal, Francis worked alongside representatives of China at a session for U.N. members from Asia and the Pacific and served as a youth representative at the Plenary session for Trusteeship Council Chamber at the United Nation.

Fengbo relates his interests in economics and concerns about social issues: "Economics is the study of the allocation of scarce resources. I believe that implementing appropriate economic policy could improve the living standards of the citizens and resolve the social issues and inequality."

Francis on when he first realized how economics effect social issues: "My grandpa was a chemist and was in charge of a silicon factory in Sichuan, China. I realized the imbalance between fast economic growth and social issues when I started noticing the unhealthy conditions in which the workers worked in the chimneys that spouted thousands of gallons of dark fumes and soot."

Fengbo on why he wanted to attend this event: "It was my great honor to be invited by United Nation to attend 2019 Youth Forum. The United Nations is an international organization formed in 1945 to increase political and economic cooperation among its member countries. Through communications between countries, the United Nations provides a platform to maintain peace and unity in the world by seeking common ground."

Francis on what he gained from attending the sessions at the United Nations: "At the Asia and Pacific session, I sat with China representatives, the moderator and U.N. ambassador. I not only thought about international affairs and issues around the world, I thought about the role of China's impact around the world. It broadened my outlook of the world and helped me to foster the philosophy of life, ethics, values and world views. Knowledge and theory is not enough to establish a world better; it needs to practice and take action. Full implementation of government decisions and policies and results-oriented actions are key to fulfilling a government's commitment to the people."