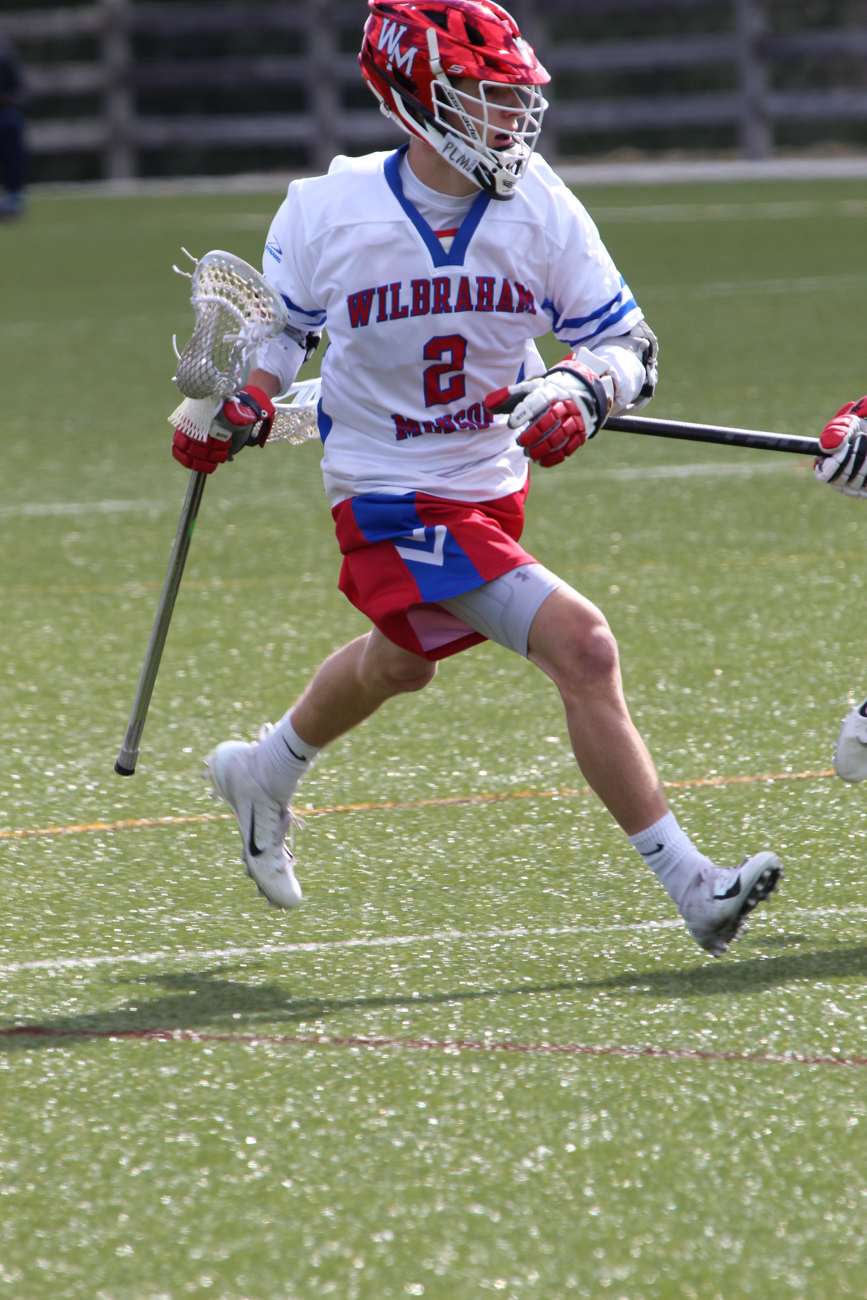 Wilbraham & Monson Academy's Jack Robinson '19 is making the most of his final season as a member of the Boys' Lacrosse team.

In a 14-6 home win against Suffield Academy April 20, Jack recorded four goals and five assists, pushing him to a milestone for his brilliant career at WMA. Since joining the varsity in Grade 8, the St. Anselm College-bound forward has totaled 81 goals and 119 assists (200 points).

The Academy (5-2) has nine regular season contests remaining, as well as a potential playoff game in mid-May. Jack's accomplishment came after the Titans swept Rivalry Week, beating Williston 14-11 April 17 before topping Suffield at the turf.

Jack on reaching the 200-point mark: "It's awesome. I didn't know I hit it until Monday morning when Coach (Mike MacDonald) called. I have to give a lot of thanks to my teammates and coaches over the years for putting me in great positions to reach that milestone. It's a great milestone, but I'm looking forward to the rest of the season and hopefully raising a banner at the end of May."

Jack on beating Suffield: "It was definitely great, especially coming off the Williston win. We lost to Suffield last year and it was a tough loss. This was a league game and every league game is huge. We had great team defense, with (goalie) Blake (Ulmer '19) and (defenseman) John (Kendall '19) back there doing a great job by only allowing six goals."

Jack on his career at WMA: "Over the last five years I think I've definitely grown as a person and player. Coach Mac has been great to me. It's going to be a bittersweet feeling at the end of the year. But I've enjoyed every moment at WMA, and being on the lacrosse team. I'm looking forward to the next couple weeks and hopefully getting us that championship for the first time in a while that I think the school deserves."

Coach MacDonald on Jack reaching 200 career points: "Since I've been here the only other player to reach 200 points for his career is John Tierney '15, and he's now at UMass. It's a special time for Jack. He's starting to play with patience, and that's the hardest thing to teach kids. That's not just in lacrosse – that's a life lesson. I feel like he's starting to really understand the finer points of the offensive side of the game, and as a leader he says the right things. He's like an extension of myself on the field."

Coach MacDonald on what makes Jack a strong player: "He's been a big part of the team since Day One. He's there every single day, he works his tail off, and he's a kid who goes out and works on the things you tell him to on his own. You don't see that all the time these days, and that quickly paid off for him. He's gotten better every year, and the last two years he's really been the quarterback of our team. He's growing every game, and it's great to see that consistency with him as a player and his game."