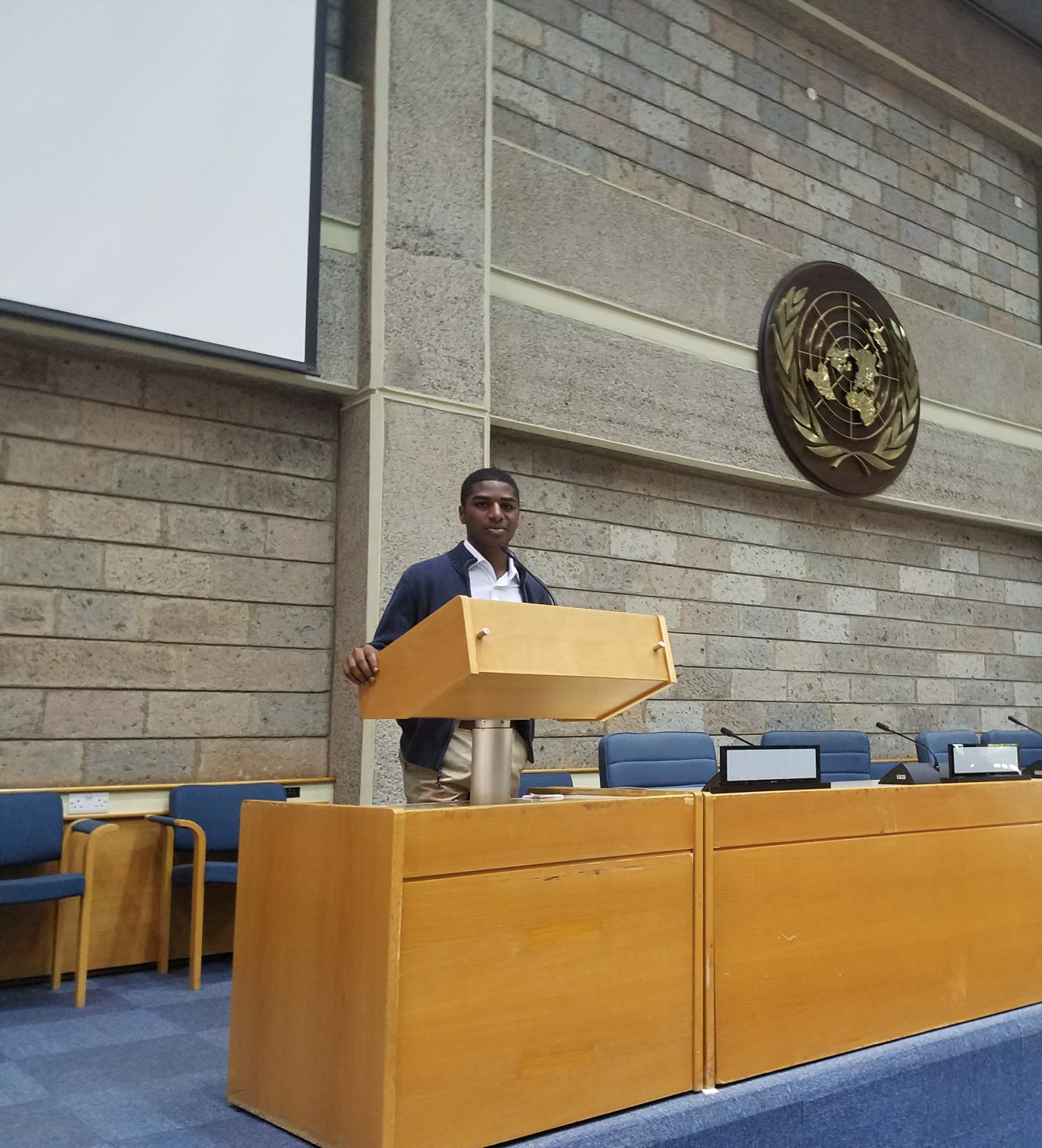 An opportunity too good to be true took Liam a little farther eastward in Africa as he was stationed in Nairobi, Kenya, for seven weeks, working as a contractor for various agencies of the United Nations.

And, when a U.N. official called upon Liam to craft a delicate document, the WMA student called upon his Model United Nations experience at the Academy.

"I went with a program director to a field office to meet with different refugees employed by the United Nations. I even worked for a day in a call center. I answered calls from refugees asking of the status of their case. When you are a refugee you apply for resettlement. If you can't return home, you apply for resettlement in Australia or Canada or the United States. For a day, I processed resettlement claims. I read the claims and helped decide whether the refugee would move forward and be recommended to a country. That was a challenging thing to do."

"It was a different thing every day. I worked in a press office for the World Food Program. While I was there they had to evacuate an office in South Sudan, and I made the call for the planes to get the people. I proofread the press release that was classified at the time and went out to the office in Rome. I helped write it. I had to write the release in English. I had the highest grasp of English in the office. I was also thrown a human trafficking report and told to make sure it didn't have any errors before it got turned in."

"All of the delegates came in for speeches. I saw the Secret Service come down the hallway and Obama was coming down the rope line. I found myself at the front of the rope line and I said, 'President Obama.' And he said, 'Wow, an American.' I was star struck at this point because I didn't even know Obama was even in Kenya, and he said 'Wow, I didn't know they had them this young at the U.N.' I said, 'Yes, they do.' It was just so funny."

"Model U.N. taught me how to actually write and research a U.N. briefing, and the ins and outs of different agencies of operation. I learned how each U.N. agency is organized and how each system works. We went to the United Nations in New York, where we learned more about it. I took a tour of the U.N. in Nairobi and I answered every question the guide posed. They got so angry with me. They told me I couldn't answer any more questions."

- The scope of what he did during the summer:

"I went for my license, having hardly driven in seven weeks and in a country where you drove on the other side of the road. Going for your license is supposed to be a nerve-wracking experience for a 16-year-old. Everyone was shaking and pale. I was sitting there, lying back in the chair. The driving instructor looked at me and asked if I was going for my driving test because I was so relaxed. I said, 'Do you know where I just got back from? To get to the airport back from where I was staying, I had to have my head down as they shot over us. So I'm not nervous about my driving test.' It gives you a whole new perspective on life when you spend so long in a place where life is a struggle every day. I couldn't have asked for a more fulfilling experience than my trip to Kenya."