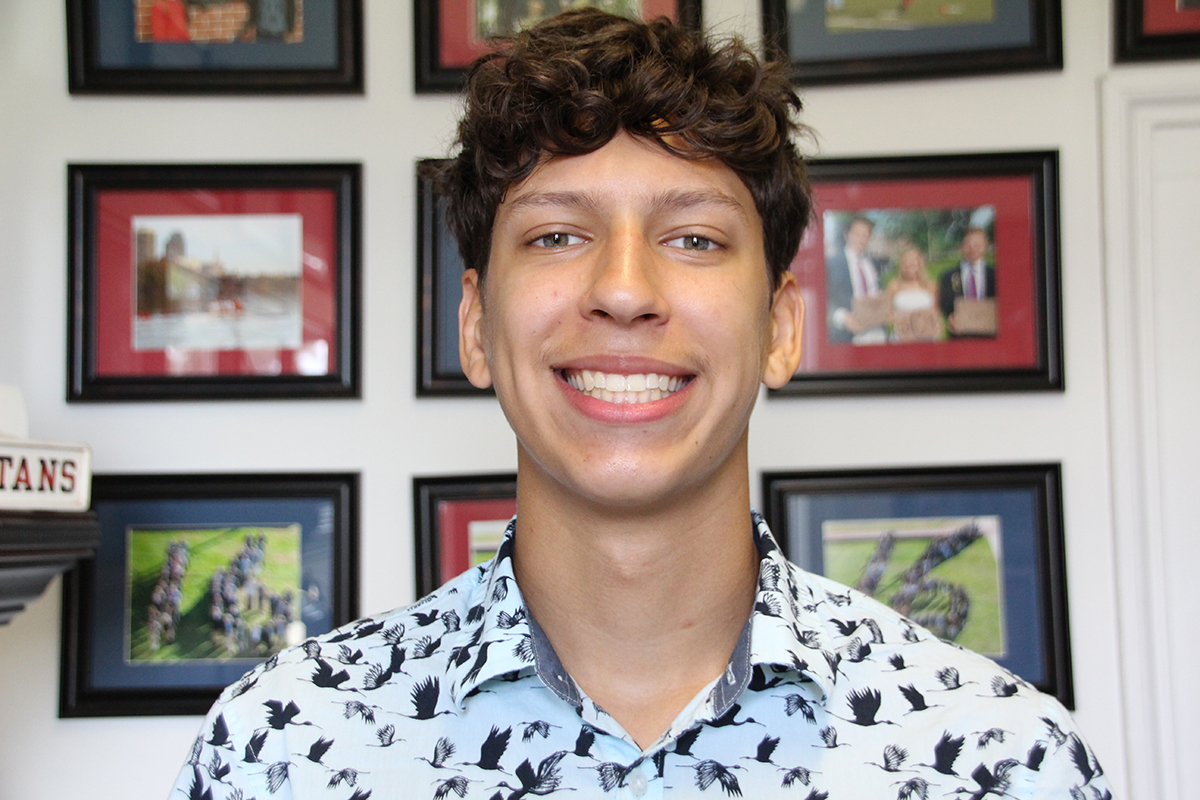 Wilbraham & Monson Academy's Liam Garrison '20 likes the feeling of being in the air while he's pole vaulting.

Liam was in the air longer than anyone in the history of WMA Track & Field during a meet last week.

During a meet at Williston Northampton School May 1, Liam soared 12 feet, 6 inches, to set a school record in the pole vault.

After winning the meet at 11 feet, Liam pushed the bar to 12 and cleared it on his third attempt, tying him for the school record. On his second attempt at 12-6, Liam got his feet and body over the bar, giving him the record to himself.

Liam on how he felt going into the Williston meet: "I was feeling good. There was a little bit of a different pole vault layout – a little changeup, so I thought maybe this was going to be the day."

Liam on how he felt after he tied the school record at 12 feet: "I was really happy to get to the next level. Twelve feet is a big marker. I was very excited."

Liam on having the school record: "It feels great. I really enjoy having my name down, and hopefully that record will increase by the end of the year."

Liam on what he likes about the pole vault: "It's difficult. It's a certain type of person who likes the pole vault. It's cool to meet the other people from the teams because it's usually one or two people max. I like the camaraderie and the feeling of being in the air."