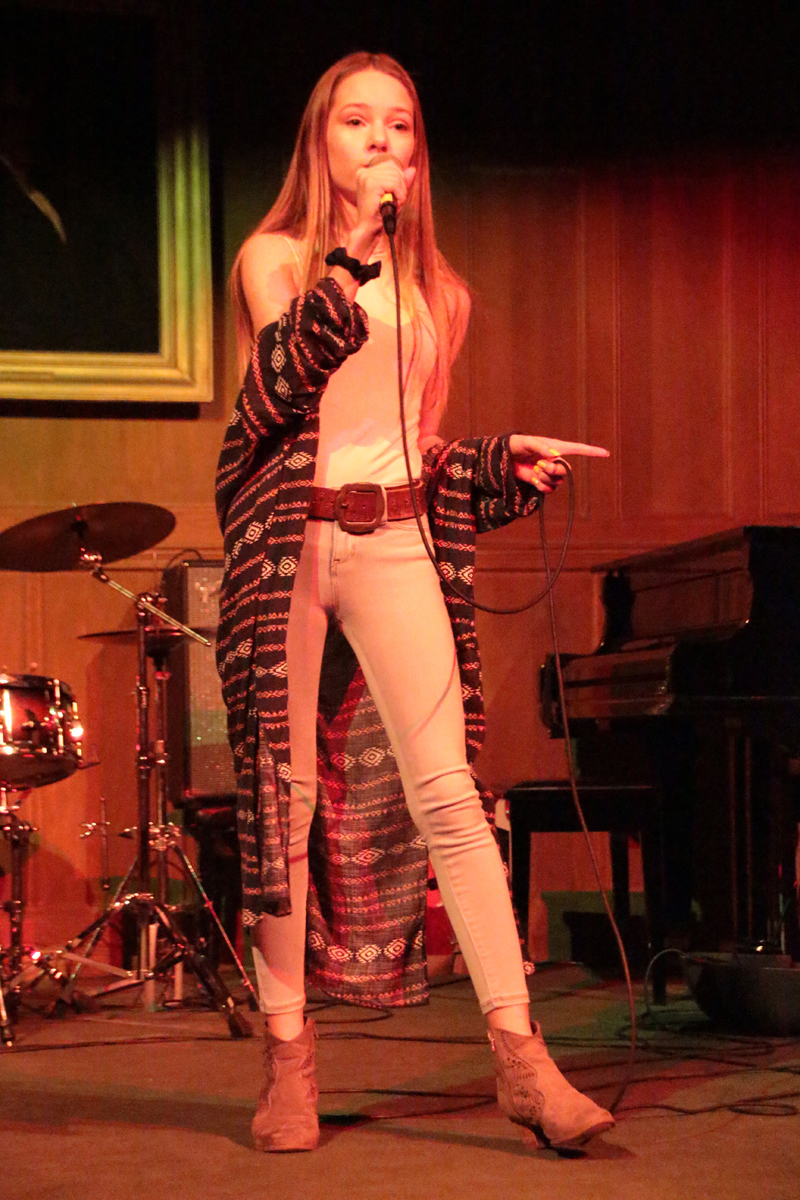 Lily took her latest song to another level, producing and completing "Dancing On My Own" before performing at the WMA Talent Show Jan. 18.

Lily started her latest project late in the fall, and with the help of her dad, Mr. Jeremy Mathison, a faculty member in WMA's Fine & Performing Arts Department, possessed a final product before winter break.

Lily on her inspiration behind her song: "I got into dancing about six years ago. I wanted to tell the world I'm independent, so dancing on my own."

Lily on performing her song in front of an audience: "I've performed other original songs that I haven't worked on a ton, but that was my first single. It was a little more nerve wracking because I wanted people to like it, but I think I got positive feedback."

Lily on writing songs: "If you are starting to write music, just keep at it. I didn't think I was that good at the beginning, but then I wrote this song and I thought, 'OK, not bad.' You just have to stick with it."