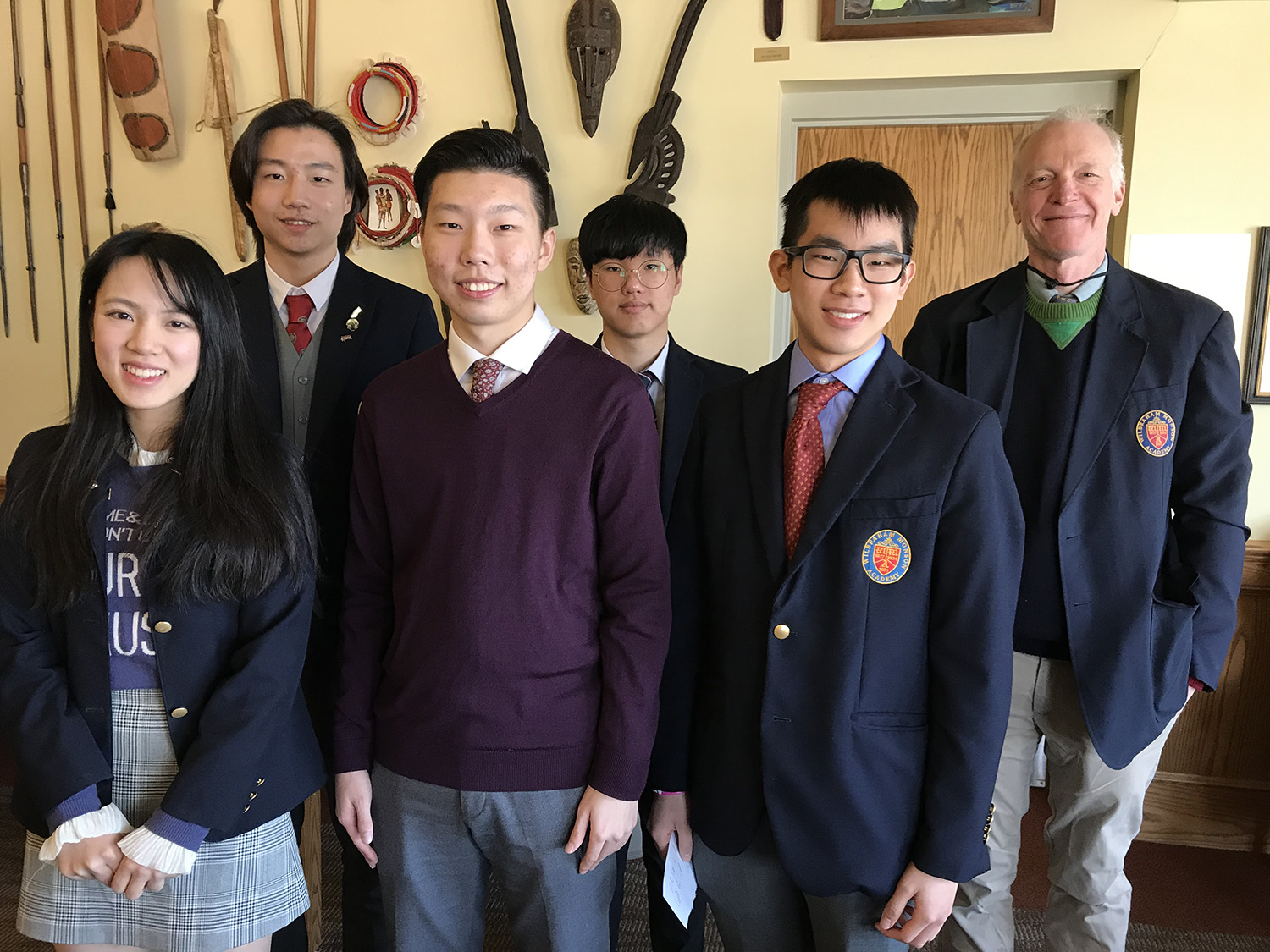 The event, though, is so much more.

Also, the student-run event placed the day's responsibilities solely on the Math team, such as greeting and chaperoning guests, proctoring the 50-minute individual and team tests, and grading the exams.

"It was a busy day," Yujia "Cynthia" Xie '19 said. "The middle school students had a lot of fun here, but it was competitive as well. The questions were really hard."

After lunch in Lak Dining Hall, the visitors were given a tour of campus, which included an exercise in the tinkering lab.

"The WMA Math team hosts this event," Mr. Fischer explained. "Our leadership team was instrumental, as well as others. They wrote the questions and tried them out on the math team and one of Mr. (John) Lombard's classes. There were lots of people involved in making the event happen.

"We win by giving our students the chance to be out there and presenting. It's obvious this is a marketing event. This is 50-percent an admission event, and the other 50-percent is for the math team."

Hao "Harrison" Pan '20 created most of the questions for the team test, while Ragene Hong '20 did the same for the individual exams.