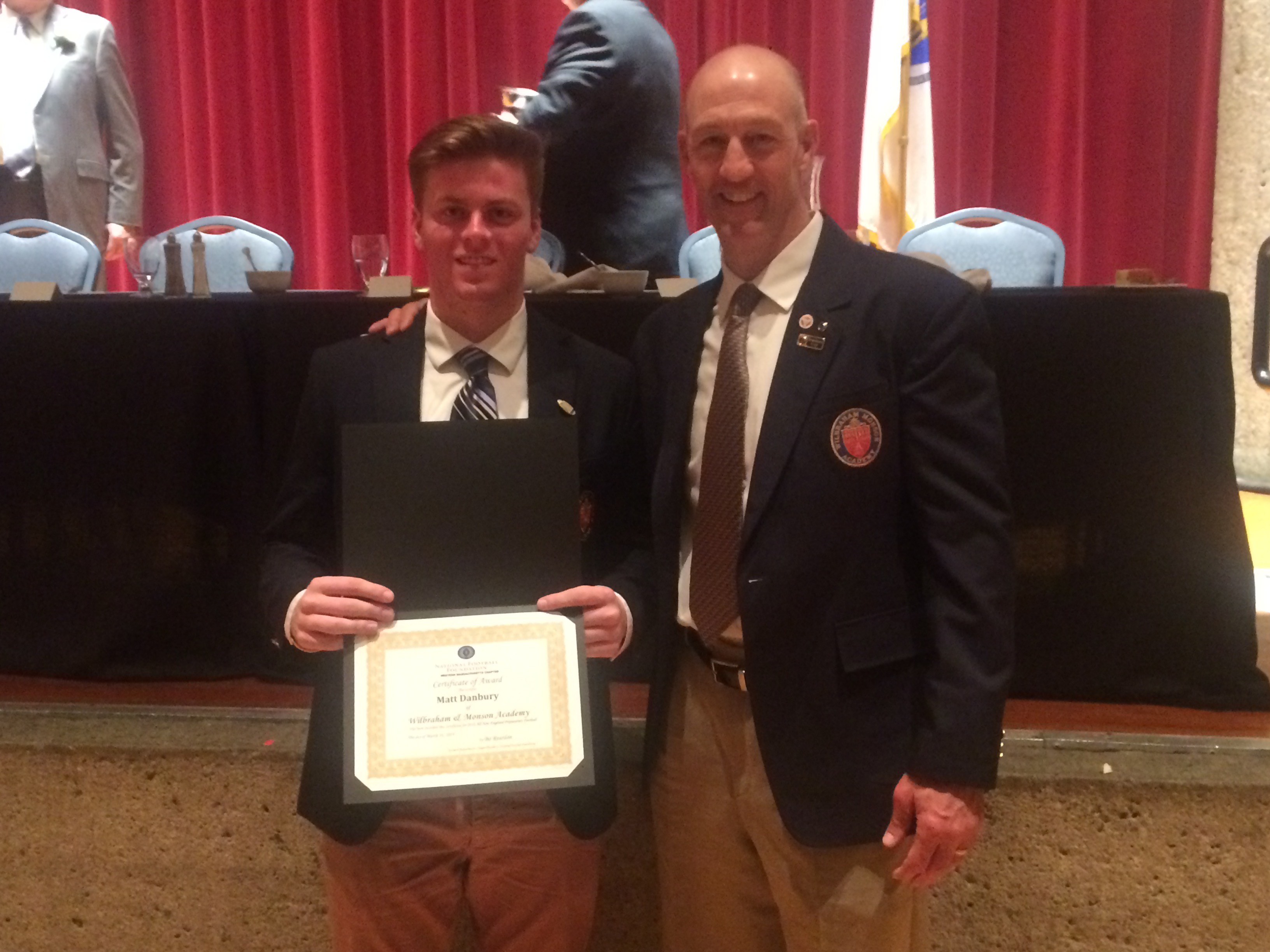 Matt Banbury '19 did it all for the Wilbraham & Monson Academy Football team in 2018.

At quarterback, Matt threw for 1,069 yards and seven touchdowns. Remarkably, he also led the team in rushing, carrying 71 times for 454 yards (6.4 yards/carry) and another eight touchdowns.

Matt, who will attend and play football next season at Hamilton College, also played free safety on defense and was the team's long snapper.

Matt on his season: "I think it went pretty well. My goal was to be my best at any position coach put me at. I think I accomplished that, and I worked my hardest throughout the year."

Matt on his experience at WMA as a postgraduate: "There's no loss to a PG year if it's not a problem financially. You're getting an advantage with the freshmen you're coming in with next year. I think specifically about WMA, I really like the global aspect. (At my previous school) there was a Chinese exchange program, but there was never (any exposure) to Thailand; my roommate is from Nigeria. Stuff like that I thought was great to experience."

Coach Jeff Vartabedian on Matt's season: "Matt really had a great season. He came in as a quarterback, and not only was he our quarterback but finished as our free safety and one of our top defensive players. On offense he led a very strong passing attack, and was our leading rusher as well. He did it all. He was a great leader, always out early, and we couldn't be happier with everything he gave and how he performed throughout the season."

Coach Vartabedian on Matt being named to the All-New England team: "It was well deserved. He was a huge part of our team and it's nice recognition for the type of season he had. You don't get many All-New England guys."