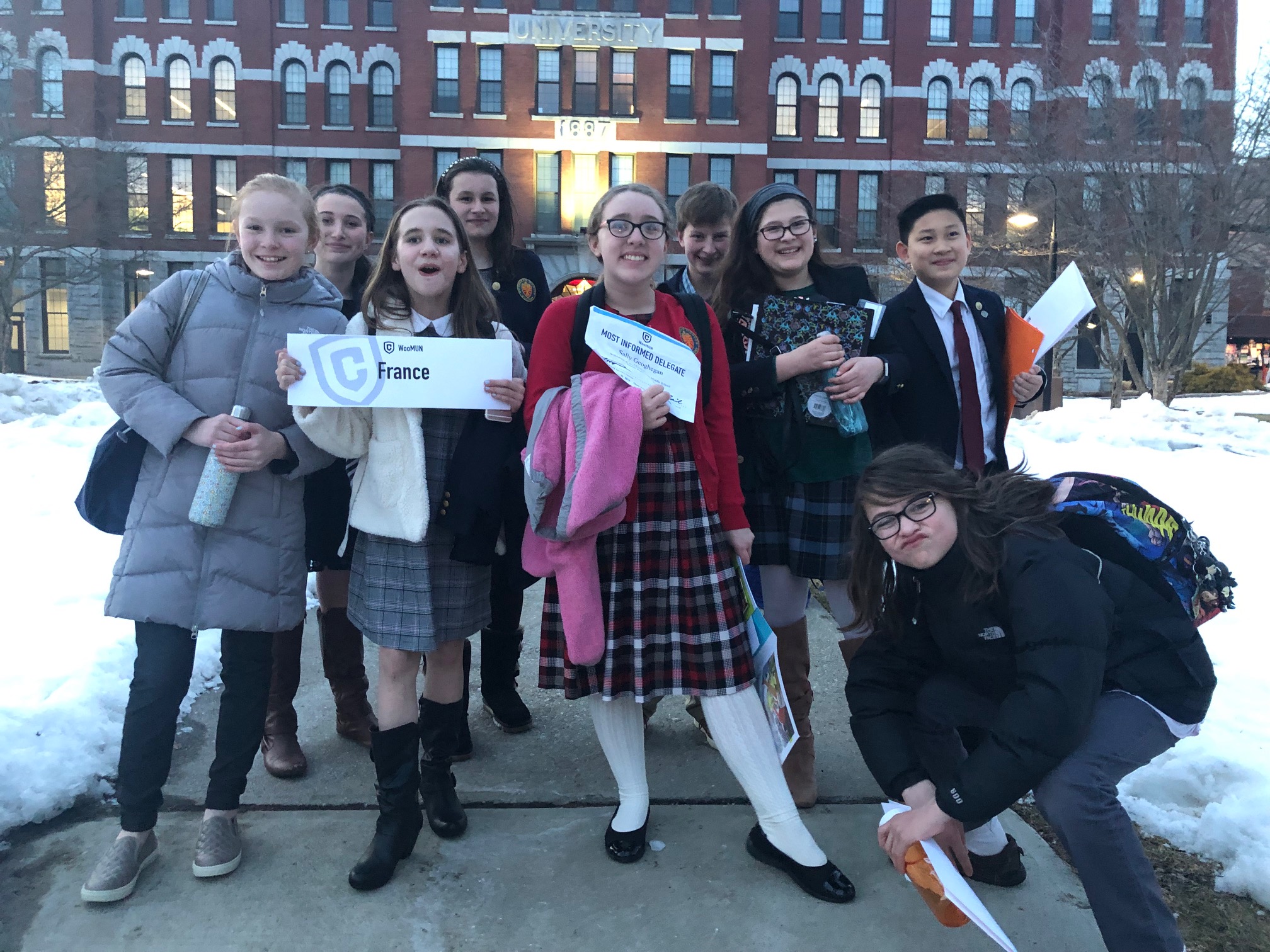 What's a sign of success when students participate in a first year event?

When they say they want to go back; winning an award doesn't hurt either.

The group was well prepared for the conference by faculty instructor Fabienne Dubois, who took the students on a tour at the United Nations in New York City, brought in a guest speaker, had the team tutored for a week by three Upper School Model UN members, and visited the Model UN program at Clark.

At the conclusion of the event, Sally received the Most Informed Delegate Award. She represented Mexico on the Human Rights Council. 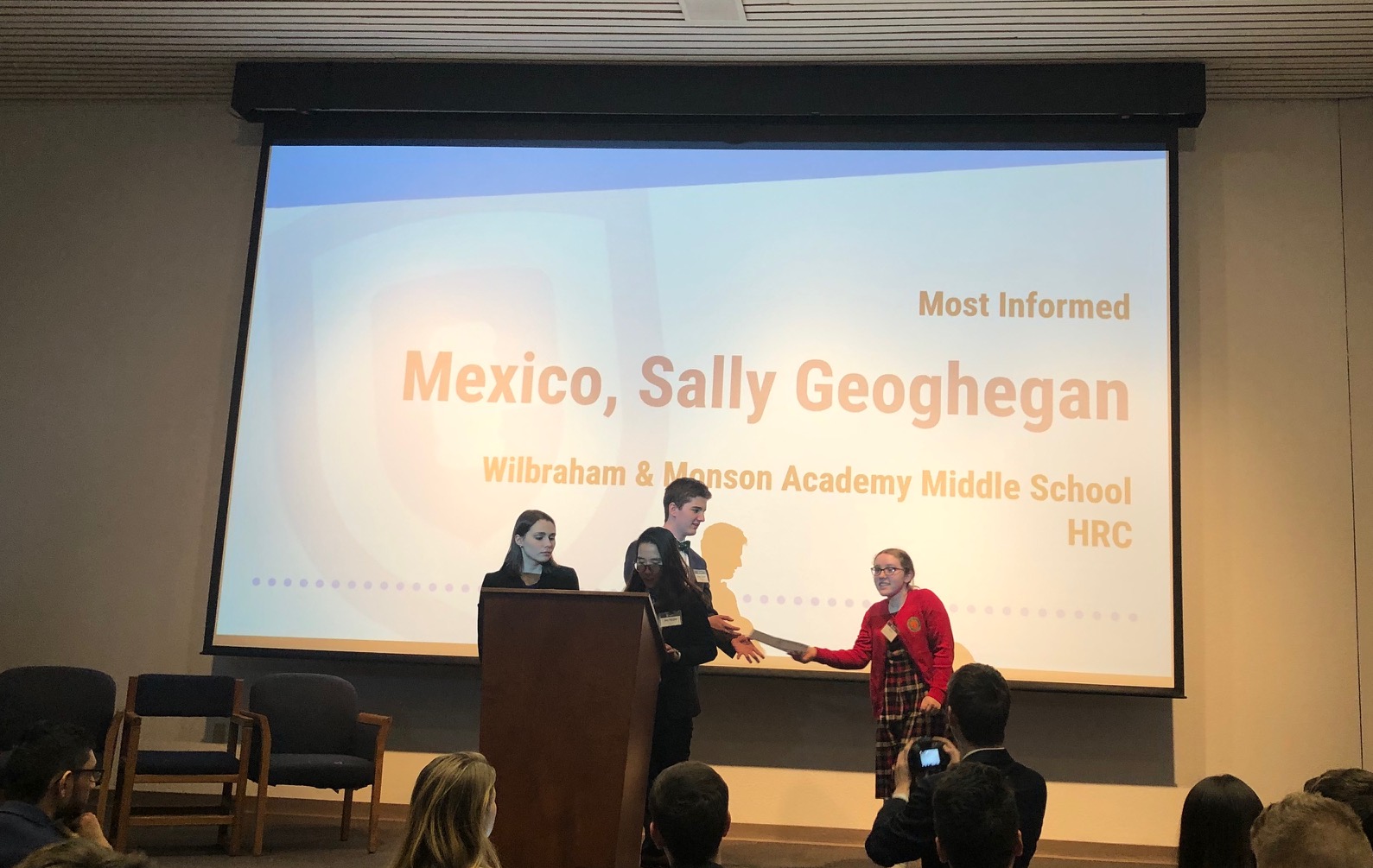 Madame Dubois on how the group performed at the conference: "For their first time, they did an awesome job. They tried to participate, they spoke, they listened a lot, and in the end they said they all want to do it again. They're awesome kids and a good team."

Madame Dubois on Sally winning an award: "It's very impressive. She was competing with kids who were older and who have been there before. A lot of them were experienced. For us, it was our first time. To win an award is big. There were 100 students total, and only a few awards. I was so glad she got it. She did a good job preparing and put in the extra time."

Sally on the group's experience at the conference: "It was so much fun. We were all a bit nervous, but once we started it became less nerve-wracking and we relaxed a bit. I think that helped our performance. It was also fun to interact with the other delegates from the other schools."

Sally on what she enjoyed the most regarding Model UN:"I loved the research portion of it. My topic was the annexation of Crimea. I found that so interesting. There were so many sides of the issue. Madame Dubois was so supportive and helped us out so much."