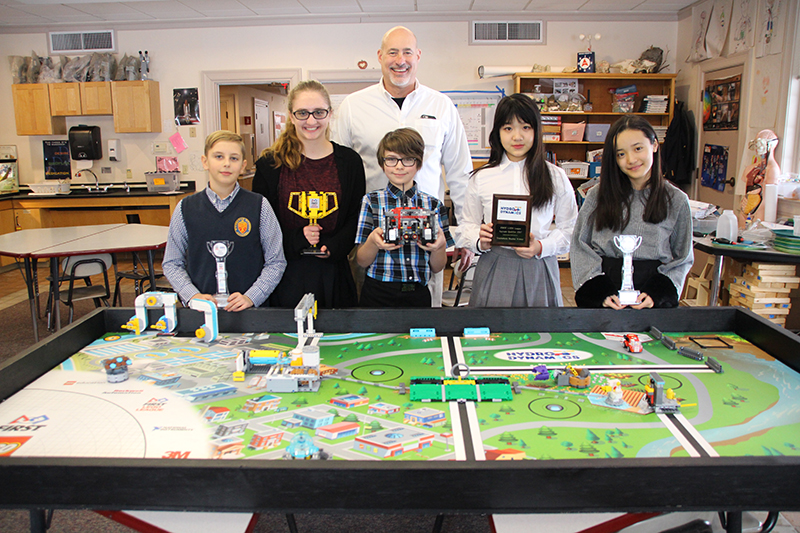 While many Wilbraham & Monson Academy students started their winter breaks smiling at the thought of having more than two weeks off, five students from the Middle School were smiling on their first day of vacation for a different reason.

"It was unexpected," Coach Luke Pelletier said. "The level of competition was totally different going from the qualifier to the state level. It was great to get there, and to leave with an award was incredible. It was a nice day. It was a nice finish to a great season, and it really was a great season."

At the state meet, which featured more than 70 teams, WMA won the Gracious Professionalism category after the students made a presentation regarding the unfortunate absence of two of its integral team members, who were unable to attend due to traveling home internationally for break.

And in a sign that the presentation was genuine, after winning the award for Gracious Professionalism, the three WMA team members who were in attendance immediately contacted the two who were en route home.

"They were texting with Yuki and Melody right away," Mr. Pelletier said. "Between airports and flights, it was nice to see them doing that as a team because the other two weren't there. This group clicked well together."