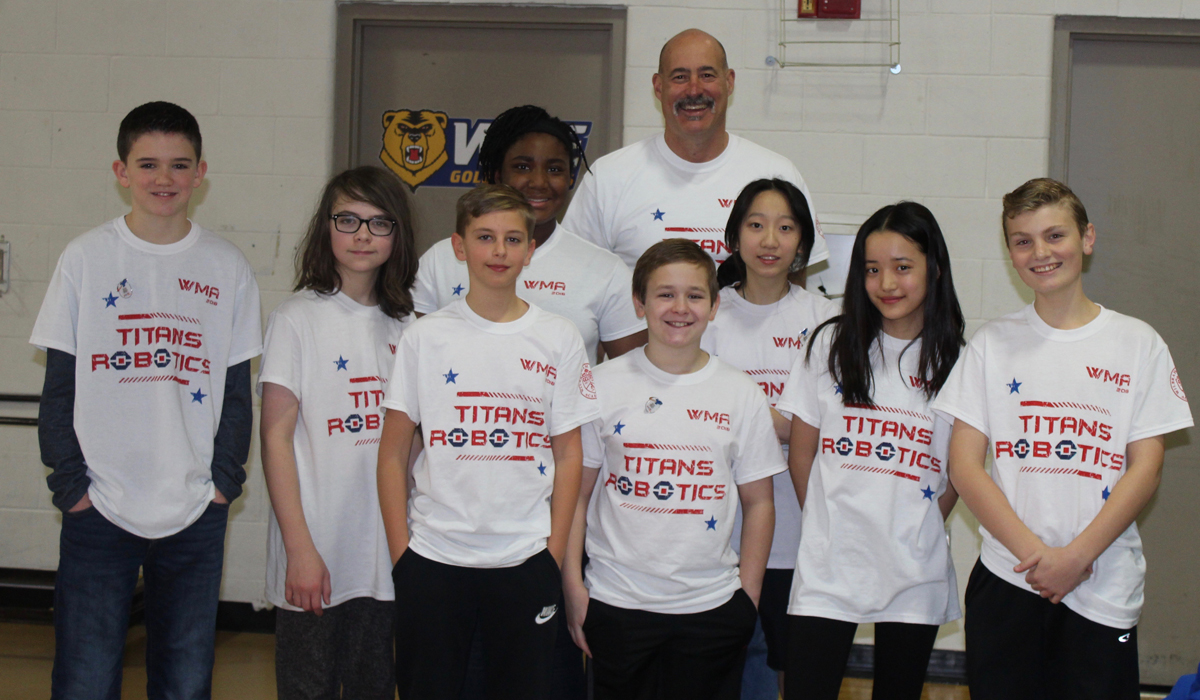 For the second year in a row, the Wilbraham & Monson Academy Middle School Robotics team extended its season.

WMA won the Strategy and Innovation Award, and placed third in the Robot Performance category. The team also received a gold star for its project regarding colonizing Mars.

On winning the Strategy and Innovation Award: "We were awarded that because we pushed the robot. With this attachment, the robot does two missions at once. We counted over 50 iterations of that. For the judges, they liked the way it worked and the fact we never gave up on it."

On how the team performed at the event: "The team came together the day of the competition; they came together when we needed them to. It's nerve-wracking getting in front of a bunch of people in a gymnasium. You have two minutes, 30 seconds to do everything. Some kids don't like that."

On how having a strong Robotics team helps WMA: "We set the robotic display up at open houses. When prospective students come in and they see it working, it gets their interest and their parent's interest. We'll show them the program and get the robot working.