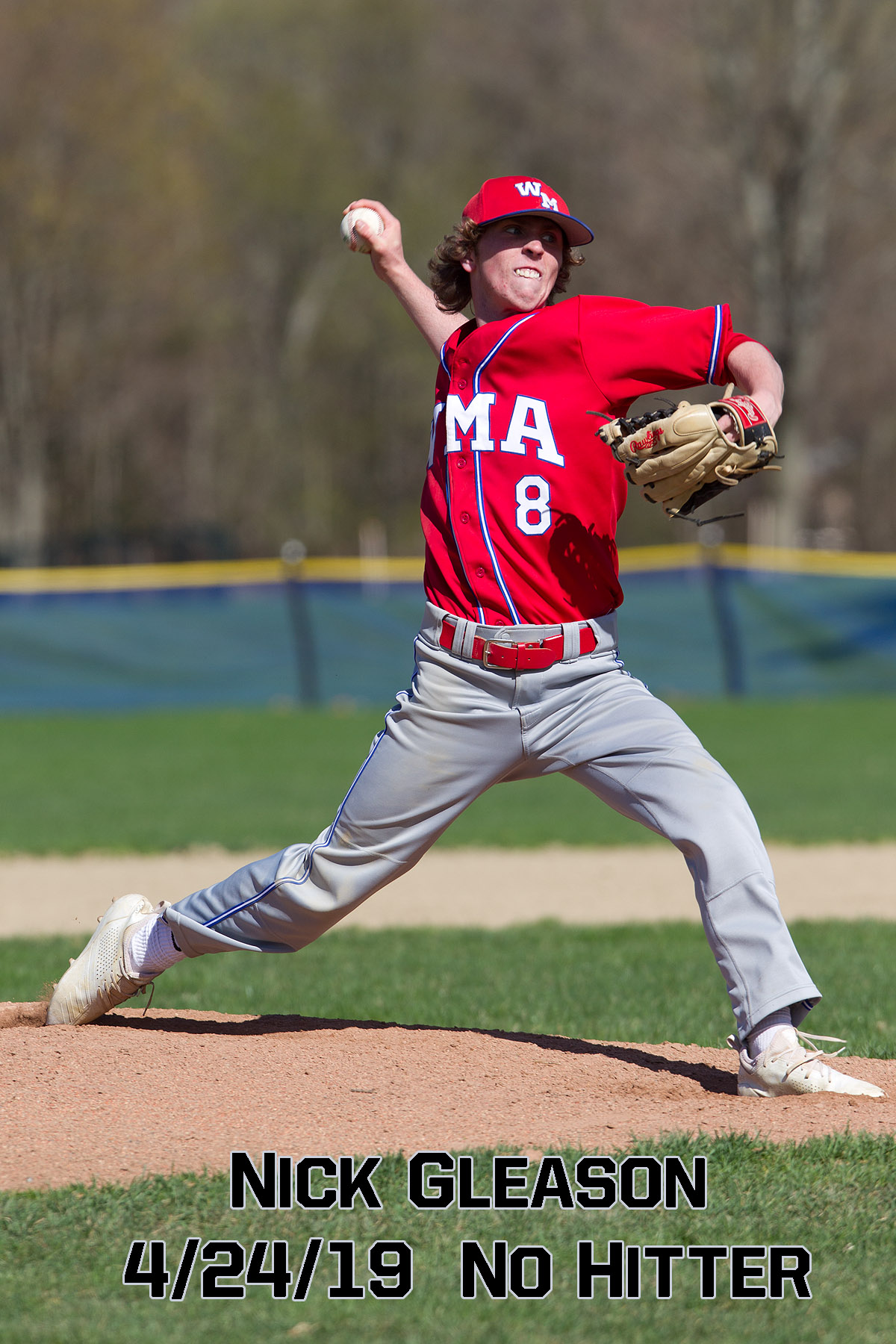 Nick Gleason '21 has pitched well this season for the Wilbraham & Monson Academy Baseball team, but hasn't had much to show for it.

On April 24, he finished with something to show for it.

Nick fired a no-hitter against visiting Pomfret School, leading the Titans to a 6-0 victory.

Behind his fastball, slider and curve, the right-hander struck out 12 and walked four as the Academy (1-4) landed its first win of 2019.

Nick on when he felt good against Pomfret: "My bullpen before the game, I had a good feel for all of my pitches. I knew I was going to throw the ball all right going into the game. I had a lot of confidence."

Nick on when he realized he had a no-hitter: "(Teammate) Ayinde (Turner '20) said something in the third inning, and I told him not to say anything. I noticed it again in the seventh inning. I was trying not to think about it and just pitch, but it was still there."

Nick on how WMA played against Pomfret: "I had a lot of help from my defense. We've struggled some this year, but against Pomfret we only had one error and that helped us a lot and helped my confidence."

Coach Jim Irzyk on Nick's ability as a pitcher: "He throws strikes. He's an aggressive pitcher; he goes after hitters. He has a great pace. It probably wasn't his best game, but he's a competitor."

Coach Irzyk on Nick's season: "He's pitched very well up to this date. He ended up with 12 strikeouts and four walks, which is unusual for him. But good players find a way to win games."