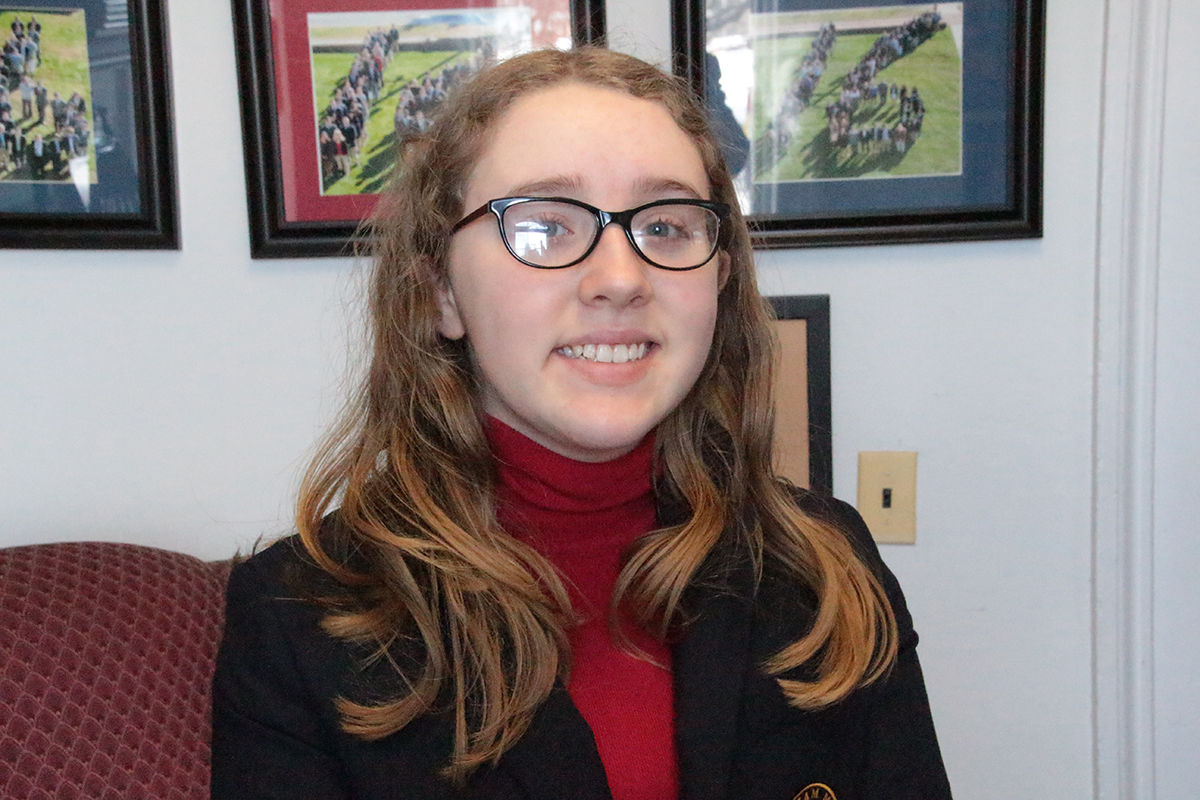 It's rather fitting that Sally Geoghegan '24 won a National Geographic Geography Bee, isn't it?

Thrust by her ambitions to learn more about the world, and greatly helped by the support of one of her teachers, Sally won the school-level Wilbraham & Monson Academy Middle School Geography Bee Jan. 28.

John Crocker '25 placed second in the WMS, and Angelina Gulluni '24 was third.

Sally completed the state qualifier exam in early February, and will learn on March 4 whether or not she advanced to the state competition for students in Grades 6-8. She is also part of a group of students who participate in a dual Geography/Model United Nations program after school at the Middle School.

Sally on winning the Middle School's Geography Bee: "I was not expecting it. I was so happy. I think I did have a big advantage because I was in the after school activity."

Sally on the Geography/MUN after-school program at the Middle School: "It's such a fun group. Everyone is so passionate about what they are doing. Madame (Fabienne) Dubois lets us have fun but keeps us on topic, which I like. I love learning about the world."

Madame Dubois on the purpose of the Geography Bee: "The school-level competition is the first round in the annual National Geographic GeoBee, a geography competition designed to inspire and reward students' curiosity about the world. Questions cover not only geography, but also cultures, physical features, history and earth science."