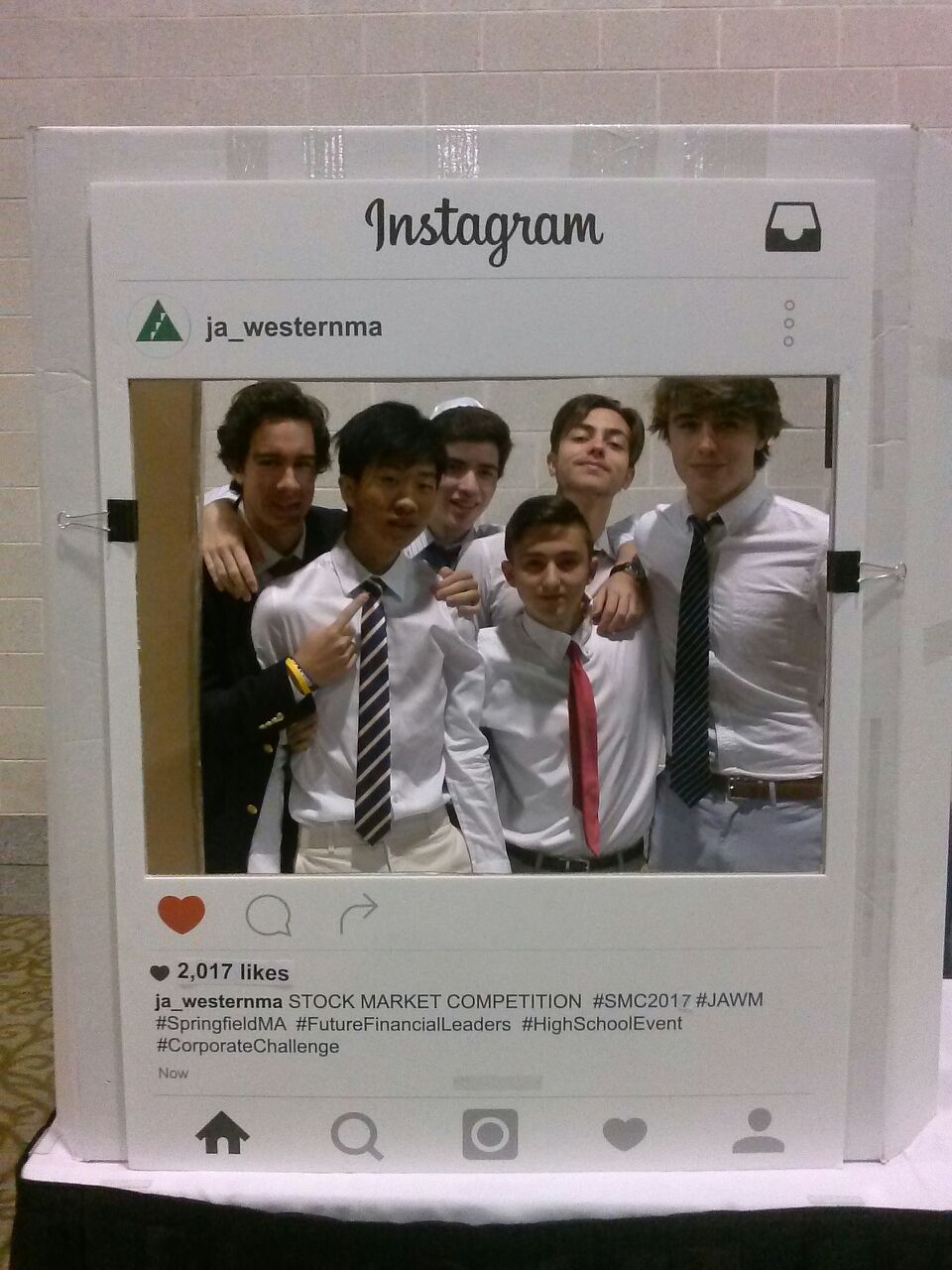 Competing against teams from throughout the region, Wilbraham & Monson Academy won the school division Nov. 9 at the MassMutual Center in Springfield, Massachusetts.

"It's such a fast pace and the adrenaline is going that on the ride home from Springfield they were wiped out," said CEGS Department member Jim Irzyk, who served as the team's faculty advisor. "They were like zombies. It was amazing.

"This was the first real-time, very stressful event we've gone to. It was really fun."

"We were going nuts," Oron said. "In the last 10 minutes we went from 22nd place to second and then back down to fourth. But they turn off the leaderboard in the last five minutes. At that point it was chaos. But we picked some stocks that did very well. There was some strategy involved."

And WMA's strategy worked, with the team sticking to its roles and staying the course.

"We came in with a contrarian approach to investing," Oron explained. "If a stock dropped because of a scandal, we put a lot of money into it and it worked in our favor."