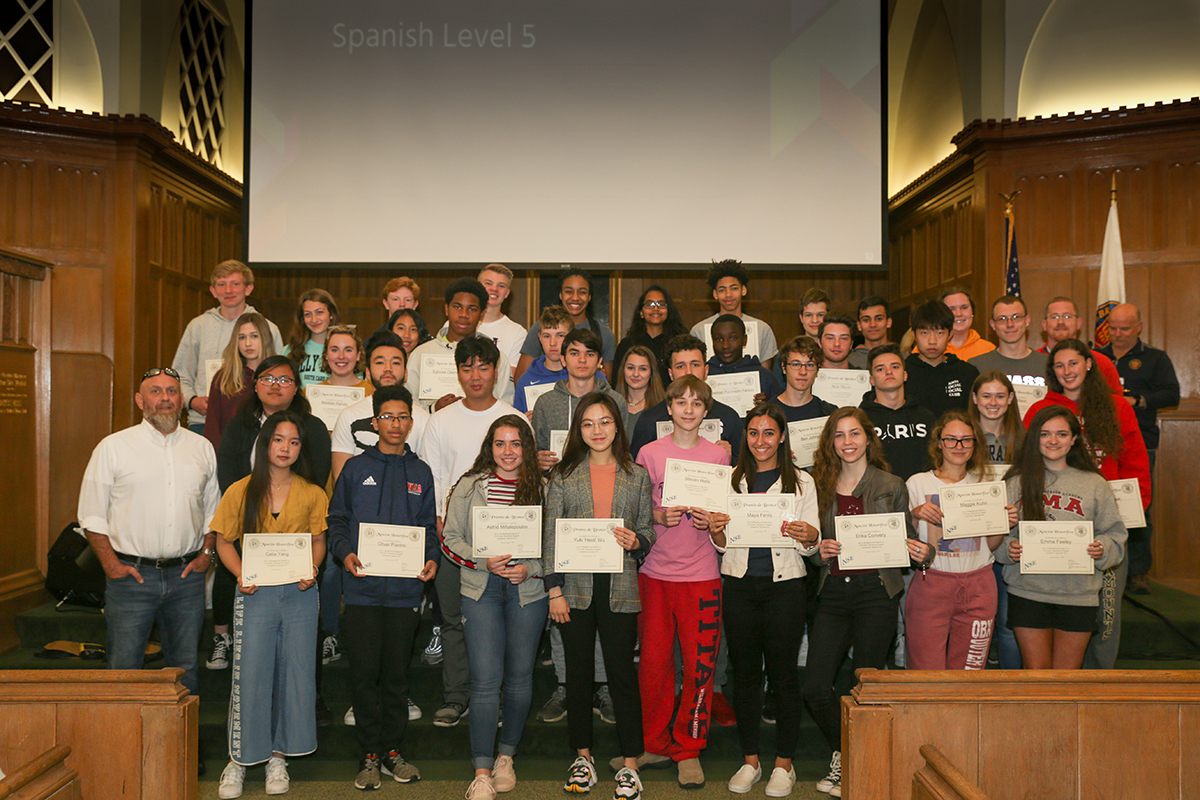 However, since she plans to stay in the United States at least through college, Linh knows how much Spanish could help her in the future.

Linh is making the most of her opportunity to learn a third language, earning the highest possible rank - a gold medal - on the 2019 National Spanish Exam at the Spanish 2 level.

Linh, of Vietnam, received a gold medal for the second year in a row, scoring a combined 99 percent on the vocabulary-grammar and reading-listening sections in 2019. She was one of 43 WMA students to be recognized for their performance on the NSE.

Linh on why she chose to take Spanish: “I just like that it’s really popular in the United States so it doesn’t hurt to learn Spanish. I didn’t have to take it but I wanted to learn Spanish and it was offered here.”

Linh on earning a gold medal for the second year in a row: “It’s a pretty big achievement and I’m proud I got a gold medal. I’m moving on in Spanish so I’m hoping I can keep my pace up. I can always do better.”

Spanish teacher Brian Lautenschleger on Linh as a student in class: “What impresses me the most about Linh is that she does not work hard simply for the accomplishment of receiving a good grade. Her solid questions in class illustrate a genuine concern for improving in all areas of the language. This willingness is an ideal characteristic for a language student and will surely help Linh to strengthen her hold on advanced grammar and vocabulary. I know that I can always count on Linh to try her best.”

Below is a list of WMA students who also received honors based on their score on the NSE: